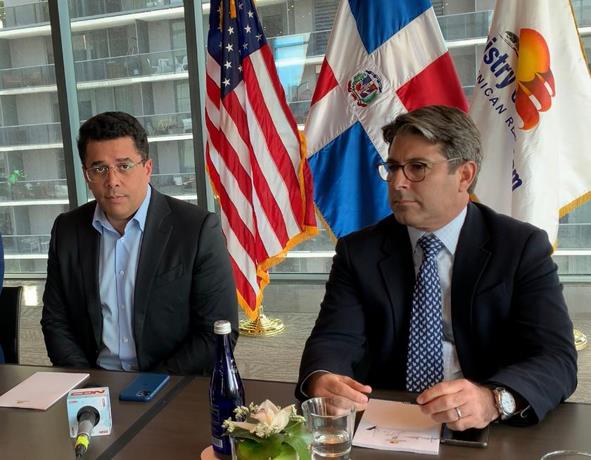 The Dominican Republic will host the next meeting of the World Cruise Federation, revealed the Minister of Tourism, David Collado, during an activity held in this city. “This is not something I should tell you now, but Dominican tourism is booming, to the point that in September or October we will host the Cruise Federation meeting,” Collado reported.

Likewise, according to statistics, the minister stressed that this month would be “the best April” in the history of Dominican tourism.

And he added that during Holy Week, the hotels remained “at the top,” and tourists continued to arrive on Dominican soil.

“What we are doing is not resting on our laurels, but continuing to work thoroughly and efficiently,” Collado assured.

The minister is currently with his work team in Miami to participate in the Cruise Fair held in the also named “City of the Sun.”

Meeting with committee
Even though the tourism sector was one of the most affected during the pandemic, today, the Dominican Republic is recovering and seeking to climb the statistics.

For this reason, yesterday afternoon, Monday, the Ministry of Tourism met with the Miami Public-Private Marketing Committee to evaluate its offers to the country’s tourism.

Collado expressed that it is “highly relevant” to listen to the Florida market because it is considered one of the primary consumers of the excellent tourist diversity of Quisqueya.

The meeting was also attended by the president of the National Association of Hotels and Restaurants (Asonahores), Rafael Blanco, who commented that these meetings would be transformed into “successes” for the country.