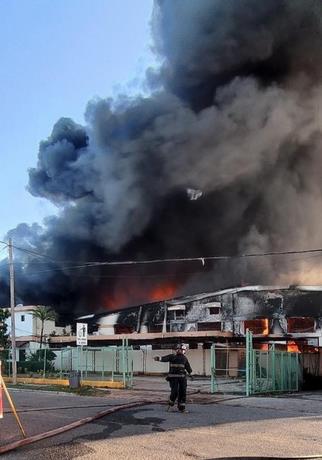 San Pedro.- A fire is currently affecting a company that collects, selects and distributes bales in San Pedro de Macorís, said the Fire Department of that eastern province.

Firefighters are currently trying to put out the blaze, whose causes and other details of the incident are unknown at the moment.

The former chief of the Fire Department, Maritza Pérez, requested the help of institutions from other provinces because, according to her, the firefighters of San Pedro de Macorís do not have enough equipment and men to extinguish a fire of the magnitude that affects the garments company. She maintained that she has been informed that the fire occurred at 6:00 in the morning.