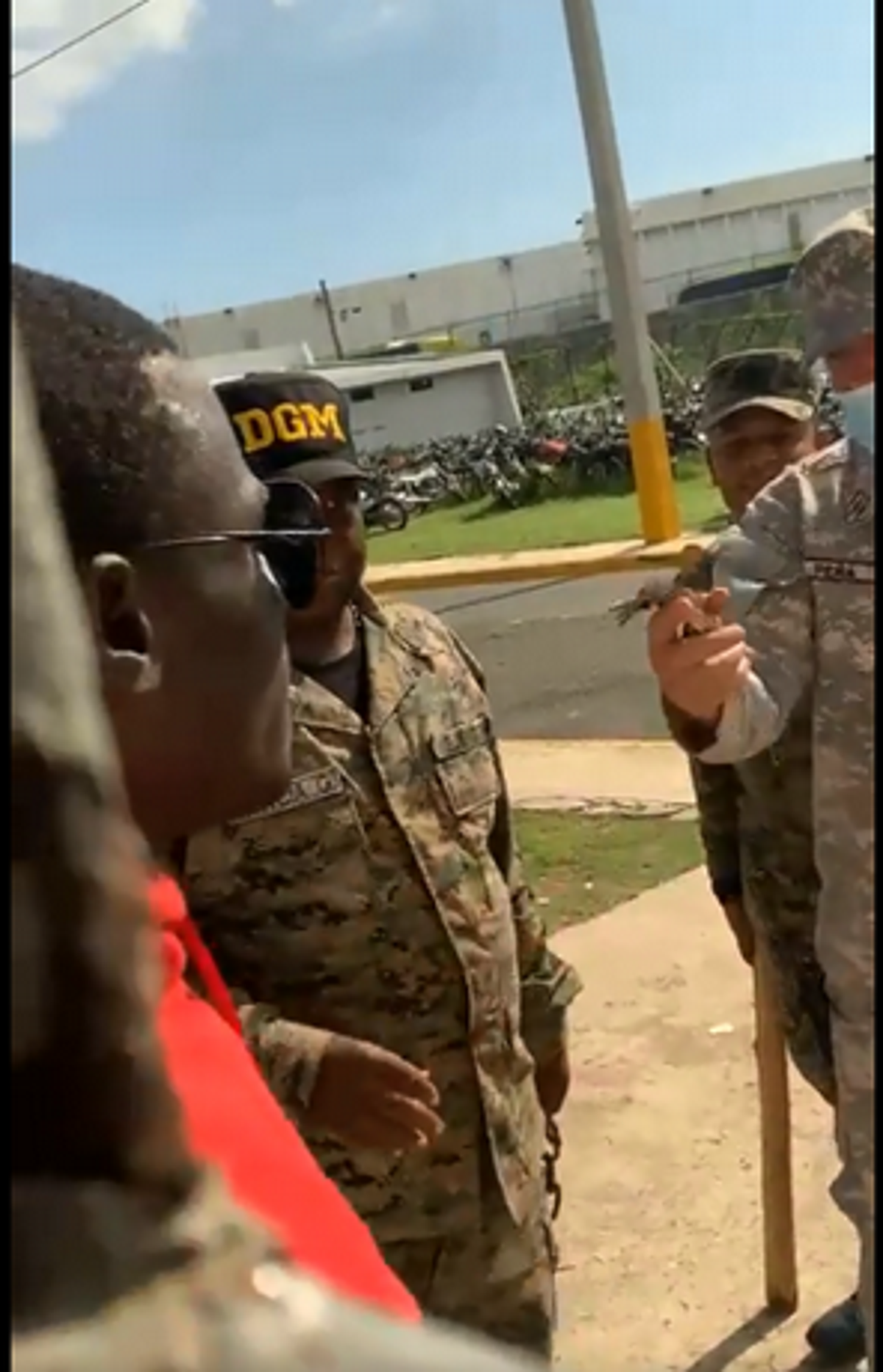 The former interim prime minister of Haiti, Claude Joseph, released a video where Dominican soldiers are seen mistreating a person who appears to be a Haitian immigrant.

Joseph uploaded a video that does not date or gives details about when or where it was recorded through his Twitter account. Some four Dominican soldiers can be seen in it, one of them wearing a DGM (General Directorate Migration) cap struggling with the civilian.

The video, recorded behind an apparent metal fence, shows how the soldiers take the citizen by his clothes, hitting him first with a chain and then with a kind of wooden cane.

The audio of the video cannot be understood, but at the end, it is heard saying only “not like that;” however, there is no context for the situation shown.

“This is how Dominican soldiers are treating Haitians in the Dominican Republic. This is unacceptable,” the former caretaker prime minister tweeted alongside the video.

The still photo provides no information. There is no video content to be observed to testify about the alleged abuse.