More than 6,800 police officers were sanctioned for abuses since 2020 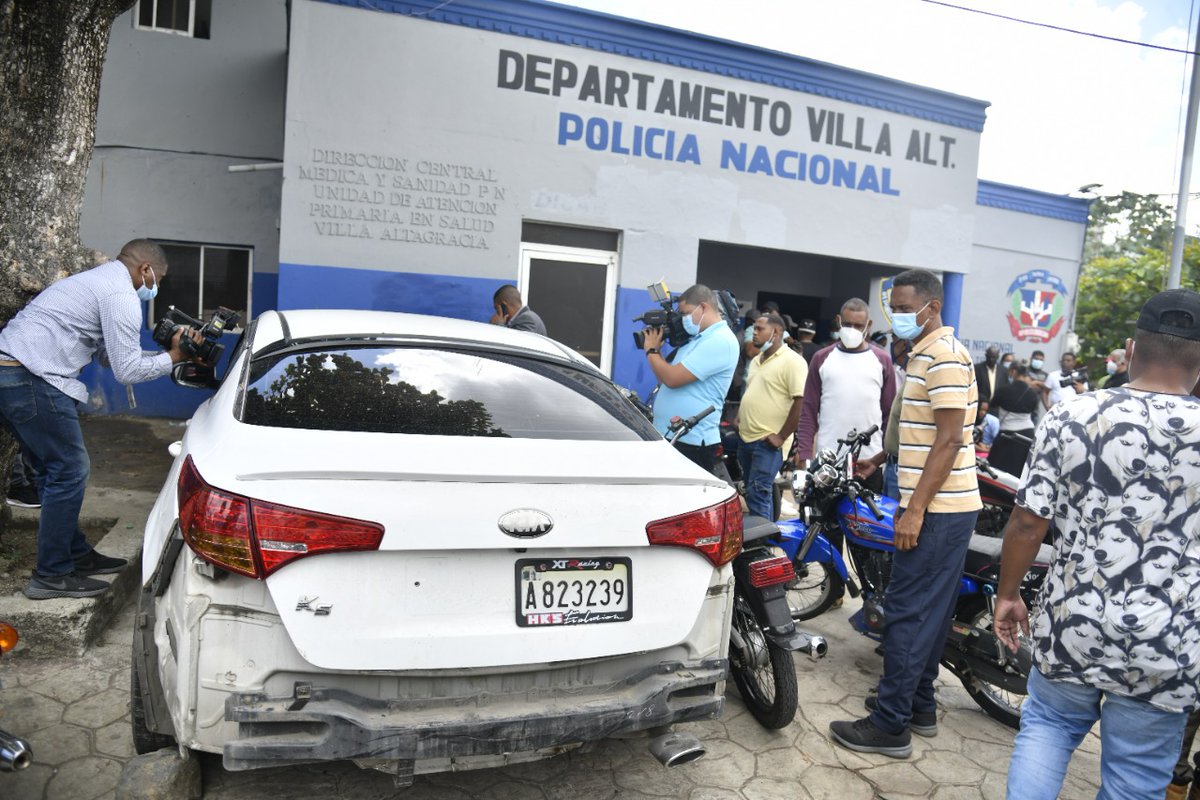 A report from the Inspectorate registers that the disciplinary work ranges from superior officers to private members of the body of the order.

In recent times it has been common to hear or see actions in the media by active agents of the National Police who commit criminal acts or violate the statutes of the body of the order.

Despite this, multiple people have complained on social networks that, in most cases, they do not see that they are subjected to a disciplinary process and removed from their duties as active agents.

However, a report from the General Inspectorate of the National Police indicates that the institution has issued “disciplinary memorandums” to more than 6,000 active agents for different breaches of internal guidelines between mid-August 2020 and April. In addition, the report indicates that from August 16, 2020, at least 6,826 police officers have received some form of “disciplinary process” for committing serious offenses.

In addition to 107 lieutenant colonels, 96 assimilated, 51 colonels, and 18 matched.

The most frequent sanction for these disciplined has been the “30-day suspension of their duties without pay,” followed by the same measure but only for five days.

So far, in 2022
Although the fourth quarter of the year is not yet over, practically half of these cases have occurred in 2022.

According to the report obtained by Listín Diario, 50.42% of these sanctions have been issued in the first four months of the current year, which is the same as from January 1 to date, at least 3,445 agents have received warnings for committing an offense.

It is recalled that as recently as April 18, it was reported that the Director-General of the National Police, Major General Eduardo Alberto Then, ordered the suspension of Corporal Argenis Ferreras Castillo, 27 years old after it went viral on the social networks a video where he is observed making unnecessary shots with his regulation weapon, for reasons that are under investigation, it occurred in the San Miguel neighborhood, in Santo Domingo Oeste.

Ferreras Castillo, in addition to what happened in the audiovisual, was the subject of complaints from several citizens who accuse him of recurringly incurring the crime of noise pollution with his vehicle and, to intimidate those who express disagreement with his actions, firing multiple shots into the air endangering the residents of the area.

Suspension
Before that, on February 8, the body of order ordered the suspension of Major Freddy de los Santos Luciano, who appears in a video that went viral on social networks, during an intervention recorded in an entertainment center located in the kilometer 14 of Las Américas, Santo Domingo Este municipality.

In these images, the officer is observed manipulating a semi-automatic weapon and exchanging expressions heatedly with citizens.

SERIOUS CASES
In 2021
In all of 2021, 3,295 policemen were reprimanded, which is equivalent to 48.27% of the inspector general’s full report of the institution of order.

That year there were several cases involving actions that violated protocol.

The leading case of these incidents was the one that occurred on March 30 of that year, when police officers killed the Christian couple Joel Díaz and Elizabeth Muñoz, in Villa Altagracia. As a result, a dozen police officers are in jail.

Cause for pause! Although I have no stats to compare with these numbers, they seem high for the branch of government that is in place to protect its citizens. Also keenly aware that there are far more abuses than reported. Glad they’re releasing data, and are holding some form of accountability.