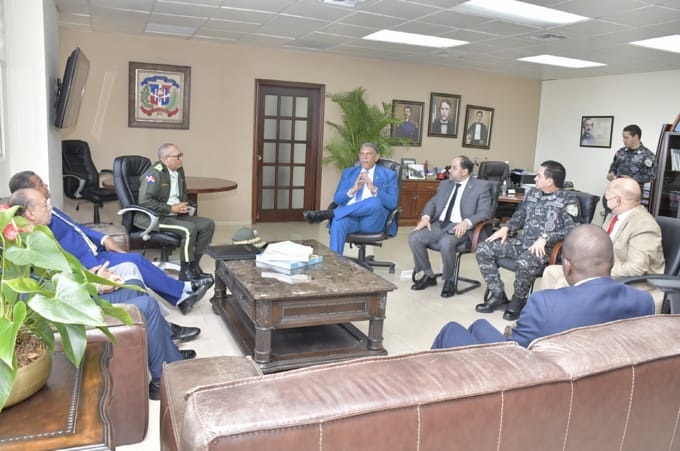 The meeting between the Minister of the Interior and Police and the directors of the PN and Digesett.

The authorities put the final touches on a project that seeks to solve the inconveniences generated by the retention of vehicles in the El Coco Greyhound Track in the capital, which is under the control of the General Directorate of Traffic Safety and Land Transportation (Digesett).

Yesterday, the Minister of the Interior and Police, Jesús Vásquez Martínez, and the Ombudsman, Pablo Ulloa, had a meeting.

After the meeting, it was explained to the media that a commission of State institutions and the Ombudsman are advancing the project.

It is the second meeting between the authorities and the Ombudsman after it was requested to investigate the handling and irregular retention of vehicles at the Dog Track.

Among the preliminary agreements, the Ministry of Interior and Police, the Ombudsman, Internal Taxes, Comptroller General of the Republic, the Digesett, and the National Institute of Traffic and Land Transportation agreed to examine the legal status of all vehicles, to deliver them to people who show the documentation required by law.

In the next meeting, the administrative bodies will designate the working groups for each retention center to support the Comptroller General of the Republic’s general survey of these units and their condition.

These actions arise from Digesett agents assaulting the Ombudsman, Pablo Ulloa, and journalists and photojournalists from Listin Diario and CDN on the 11th.

The attack occurred when the Ombudsman, accompanied by the press, tried to inspect the vehicle depot known as El Coco Canodromo.