A pint of blood can save up to three lives 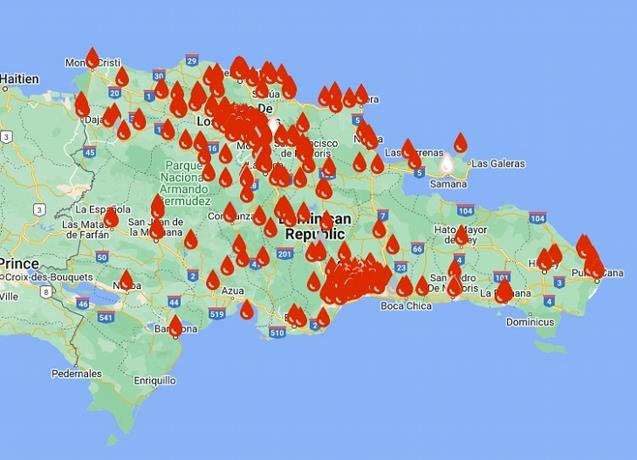 “We found out that Papi had colon cancer, in the terminal stage, and on two occasions, in less than a month, they asked us for blood. Imagine the ordeal we went through to get it! We had to post his photo on social networks so that people would be moved and agree to donate blood…,” says César Rodríguez.

The lack of blood in the banks of the Dominican Republic is the “daily bread,” caused by the shortage of donations as a consequence of the lack of awareness and culture of the population in this regard.

“When you go to a blood bank you need to bring money to buy it, pray to find a donor to replace what they give you and that donor is suitable for donation. There are several elements that come into play to be able to get the look you need. In that process, you could lose the life of your relative,” says Martha Ramírez. She has experienced the process on several occasions after having a relative admitted to the Salvador hospital. B. Gautier.

That distressing, outrageous, and heartbreaking situation is what thousands of Dominicans experience when looking for a pint of blood for a relative whose life depends on finding a donor in time.

To avoid this situation, César Rodríguez, together with a few volunteers, created donors.com.do, a free platform for interconnection between donors and applicants for blood, platelets, and breast milk, which after two years of operation has 2,470 donors registered and hundreds of testimonies of lives saved.

After two years of hard work and great satisfaction, César, doctors Raisa Domínguez, Yaira Pichardo, and other supportive beings have shaped and implemented improvements in the system, donation criteria, and social networks and have finally managed to formalize as a nonprofit organization.

Rodríguez says that donors.com.do aspire to ensure that getting a pint of blood is not an odyssey, but that through the platform they are recognized by people as a robust and effective network between donors and applicants.

The vast majority of donors who go to the centers do so because they have relatives admitted or are going to donate for someone they know, not because they are going to leave it for those who may need it, and that is a wall of resistance or unconsciousness that needs to be knocked down.

In this sense, Rodríguez says that they aspire to be able to receive the support of public and private institutions to give talks in educational centers and carry out campaigns in the media because “ from education, we can make children, young people and adults more aware of the importance of donating and how gratifying it feels that in minutes, by giving away a little blood, lives can be saved.”

Taboos must be broken, and a national campaign on the importance of donating blood must be created and embraced by the State and the entire society because it is an issue that affects us all equally.

To keep this ‘network that saves lives’ active, they need to incur expenses that include maintaining the platform, following up on cases, making calls, administrative costs, and the lack of resources limits their actions.

They are in the process of receiving a government subsidy, but they need the financial support of noble people to be able to sustain the logistics involved and continue to provide a free service.