Cristian; young man who almost died from blows in the Ocoa detachment, according to relatives 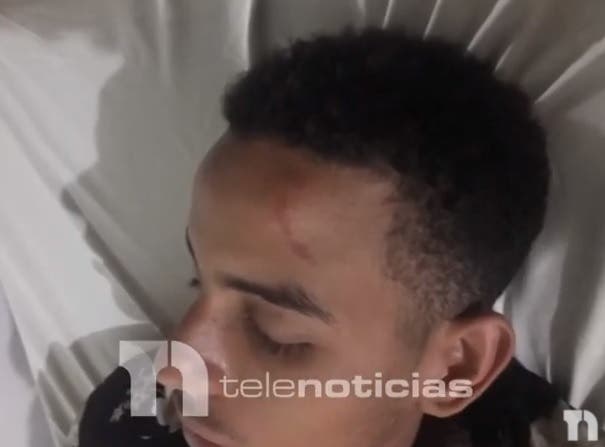 Magalis Reyes, mother of 18-year-old Cristian Aguasvivas , said that her son almost lost his life after being brutally beaten by police officers, despite the fact that he was handcuffed and under arrest in a detachment in San José de Ocoa.

“He says that they put him there (in the detachment) handcuffed and tied by the feet, they stuck a match to his finger and beat him a lot,” he said.

He points out that when he went to the detachment in search of his offspring, he found him handcuffed to an engine and sitting in a chair. “He didn’t have polo shirts or shoes, and he was already traumatized.”

Reyes adds that the young man was handed over to him in critical condition, for which he had to be transferred to the Salvador B. Gautier hospital, where he receives medical care in the psychiatric unit, because his memory was severely affected after the blows.

“When we arrived in Santo Domingo, he lost his mind, he was traumatized, he did not speak or eat, and he lasted a week in a coma,” he explained.

The young man was arrested for an argument he had with a man, who filed a police complaint against him, according to his mother.

Having an argument with another man is no reason to arrest anyone. It is a civil matter and the police had no play on it. The DA office is the one in charge of solving public dispute unless someone was hurt by another person.