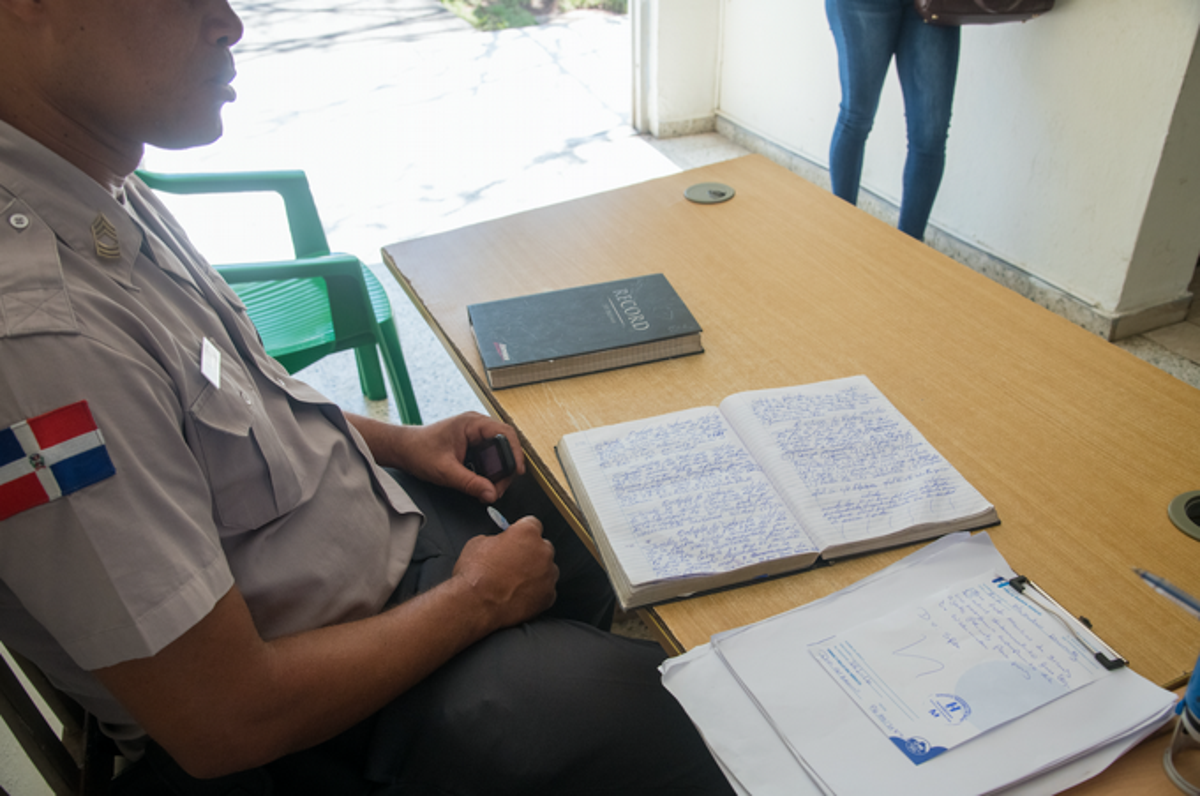 The Judicial Office of Permanent Attention Services of the National District was granted a request for coercive measures against seven persons implicated in the death of David de los Santos, among them the four police officers who were responsible for the custody of the young man on the day he was arrested and taken to the Ensanche Naco detachment of this capital.

The Public Prosecutor’s Office also requested preventive detention for three other civilians detained in the cell, together with De los Santos Correa, who, according to the autopsy, died “by homicide.”

The measure of coercion against the accused was presented by the prosecutor Kelvyn Colón after the Director-General of Prosecution of the Public Ministry, Yeni Berenice Reynoso, took over the investigations of the cases of citizens who have died after being held in police barracks, among them David de los Santos, whose case revived old practices of torture applied against detainees in police barracks.

The civilians Santiago Mateo Victoriano, Michael Pérez Ramos, and Jean Carlos Martínez Peña, who was detained in the cell, together with the victim, whose detention took place last April 27, after being arrested in the Ágora Mall, after allegedly having staged an incident with an employee of one of the stores in the center.

What the autopsy explains
The preliminary autopsy report describes that, externally, the victim presented abrasion on the right frontal region, bilateral palpebral edema, conjunctival hemorrhage, contusions with abrasions on elbows, circular abrasions on both wrists, edema in both wrists and back of hands, abrasions in hypochondrium and flank on the right side, dorsal region, lumbar and legs, epidermolysis in wrists, back of hands, scrotum and lumbar region, causing severe cranioencephalic contusive trauma that caused his death.

What the file says
The file indicates that the civilians Mateo Victoriano, Perez Ramos, and Martinez Peña associated with the police officers to kill the victim since they gave him multiple blunt blows to the skull and different parts of the body.

It explains that the death “was provoked with the consent of the members of the Police, by the action of locking him up, in an illegal manner, with his hands handcuffed behind his back and by omission of their duty of guarantor position since, contrary to acting in accordance with the law, the agents failed in their obligation and materialized a co-author behavior in the acts of abuse, torture, or barbarism committed against De los Santos Correa.”

The Public Prosecutor’s Office establishes that when the three detainees were beating the victim, instead of intervening to guarantee his integrity, they proceeded to spread pepper spray in the cell, which evidences that “they always had control of the situation,”