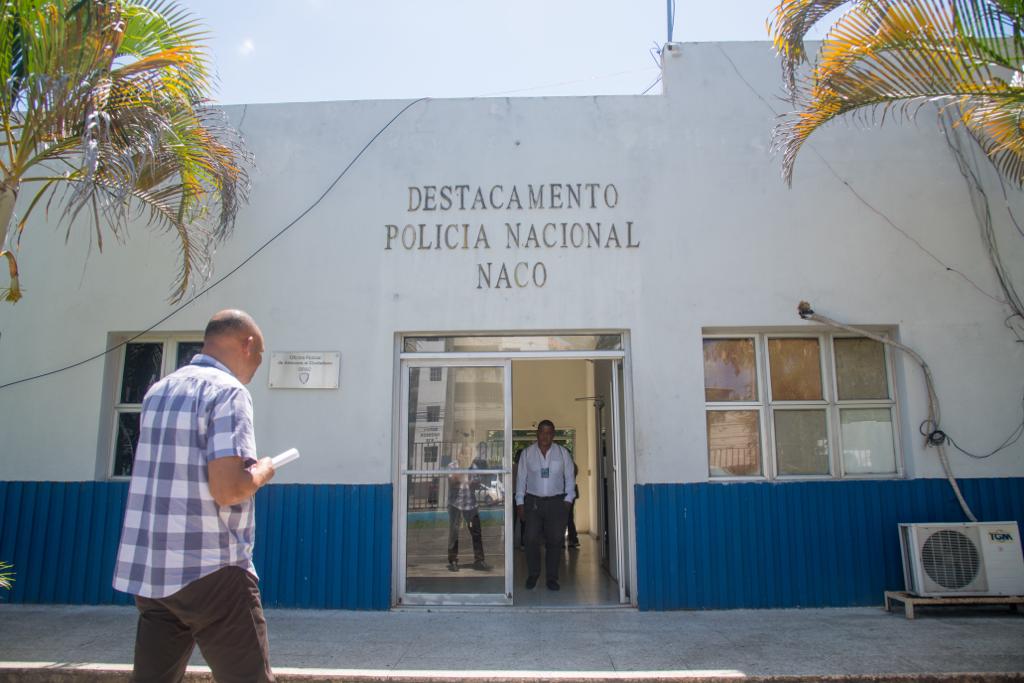 The file presented by the Public Ministry, where it requests measures of coercion against seven implicated in the death of young David de los Santos, is based on the testimony of a Haitian citizen who was detained in the detachment.

Wistel Pieer, a 25-year-old Haitian national, was detained at the detachment the same day David de los Santos was taken and arrested and recounted how the events occurred.

According to his version, after he was arrested for stealing and selling a drill from the construction site where he worked, he was taken prisoner to the Naco detachment, where he was placed in a cell that he shared with three other men.

Later, they took a “strong man,” referring to David de los Santos, who at first describes how “he arrived well, he was calm and without handcuffs,” but when they were going to put him in the cell, he ran out, and they had to catch him again.

“The policemen had to fall behind him to grab him and when they did they put the handcuffs on him behind and pushed him to get him into the cell ,” Pieer describes.

The following action describes that the “strong man” stuck to the wall and began to make a lot of noise, causing the discomfort of the other prisoners with whom he shared the cell, which caused the policemen of the detachment to spray pepper spray through the window of the cell.

This action by the police officers, which, according to Pieer, was David’s fault, generated discomfort among the other people in the cell, who reacted.

“The prisoners told the strong man: ‘Devil little man, get us involved because of you, we were sleeping peacefully, that’s why we are going to kill you and at that moment the three prisoners who were in the cell began to beat the man strong, who still had the handcuffs on the back, they punched him like boxers, ”said the man.

After several blows, the man fell to the ground, “they climbed on top of him, and even his feet entered his mouth,” describes Pieer, who described the other prisoners as one who is bald and the other who is skinny.

Moments later, he indicates that the police heard the noise and went to the cell to ask what was happening, and “the bald prisoner” said that nothing was happening, so the agents did not enter the cell while David was “discharging blood from his nose and mouth.”

The next day, on April 28, in the morning, he indicates that the policemen entered the cell and asked what had happened to David, who was lying on the floor shaking, and the prisoners said that he “had given himself those blows against the wall.”

“The bald and the skinny inmates made a sign with their fingers to my mouth not to speak because if I did they would kill me and that’s why I didn’t say anything to the police,” explained Pieer.

After seeing the state, the Haitian said that the police officers took David’s handcuffs off, bathed him, and put him in a chair, and after that, he never heard from him again.