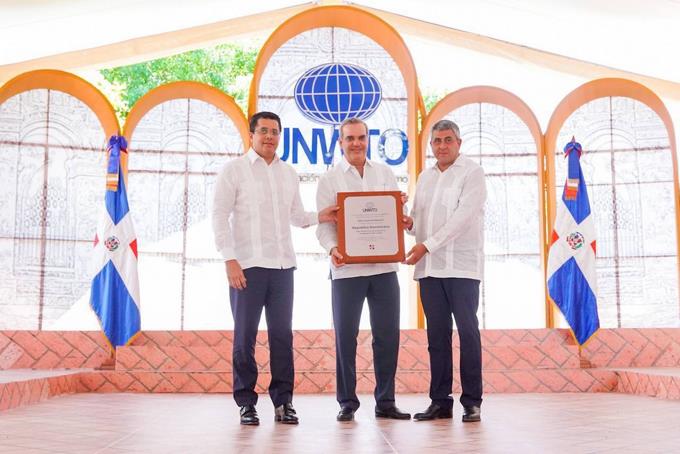 Together with Minister David Collado, the president participated in an activity where the country was recognized as “the number one country in tourism recovery.”

President Luis Abinader and the Minister of Tourism, David Collado, recognized the Dominican Republic as the number one country in the recovery of tourism.

The distinction was awarded by the World Tourism Organization (UNWTO).

The head of state explained that income from the tourism sector reaches almost RD$6 billion pesos in addition to the thousands of jobs that generate benefits for hundreds of Dominicans.

“If we did not recover tourism, we would not recover the Dominican economy,” said the president, referring to the challenges that the incidence of the coronavirus imposed on the sector while others were being restored.

“Every week we received negative news that they were closing there (referring to a country) and that hit us, but we immediately said we will do this (take measures),” Abinader said, emphasizing the covid tests they did at airports as a preventive measure.

During the ceremony, the president was also accompanied by the Secretary-General of the UNWTO, Zurab Pololikashvili, whom he thanked for the distinction.

For his part, Zurab Pololikashvili stressed that the Dominican tourism model stands out for achieving the most successful recovery of the industry, reaching record numbers in tourist arrivals.

While Collado expressed that his cabinet ” will continue to spare no effort to increase the recovery of tourism, a multiplier effect of the country’s social and economic well-being.”