The border wall advances on 4 fronts 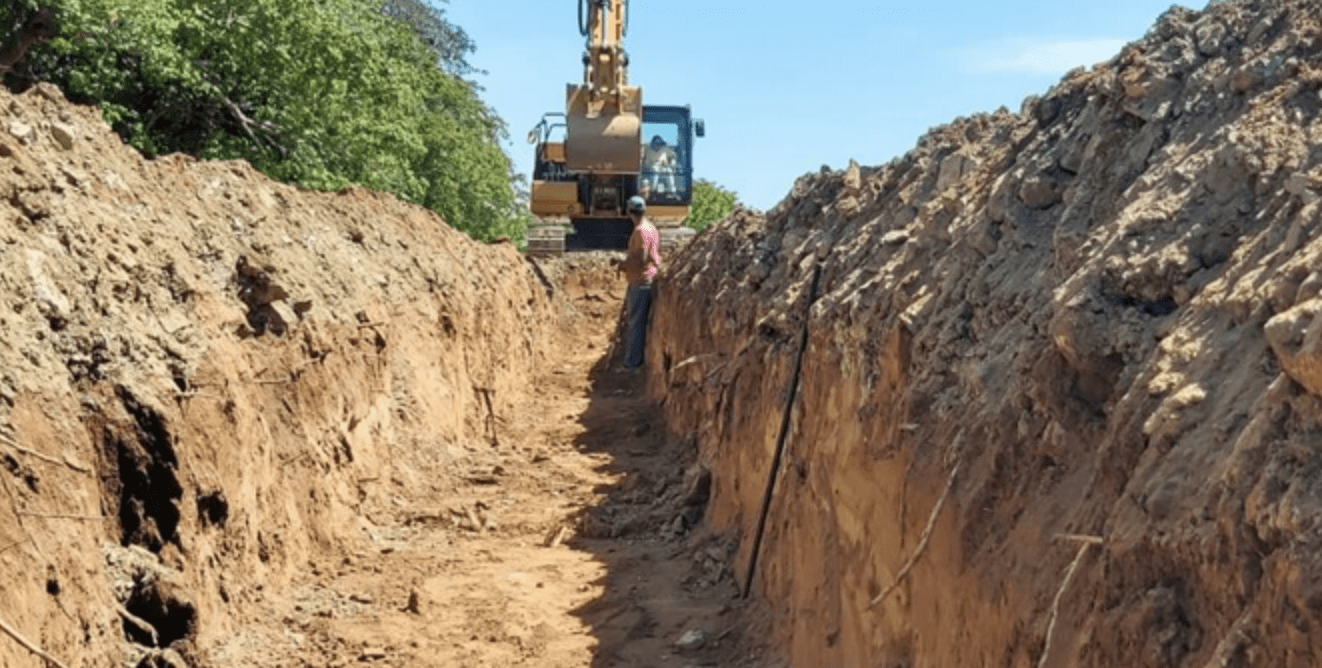 Mechanical teams work in the opening of the land to lay the foundations of the wall.

The process of ordering administrative steps after the award of the work and the execution of the engineering work has been completed.

The work of lifting the intelligent perimeter fence that the Government is building on the border with Haiti is advancing on the four identified fronts, located in the provinces of Independencia, Pedernales, Elías Piña, and Dajabón.

In the Dajabón province, work is being done from pyramid 17 to 21, and five kilometers of the necessary roads have been prepared to transport the construction materials.

The contractor has already cleaned, filled, and compacted 800 meters of roads close to pyramid number 18. Therefore, this section is ready to start the base of the fence and the subsequent placement of the metal mesh.

In effect, the conclusion of the administrative process subsequent to the award of the work and the execution of the engineering tasks, such as topographical surveys, layout, and technical studies that were carried out before the excavations necessary for the concrete pouring of the fence shoe.

Simultaneously, the installation of the processing plant and the execution of tests with aggregates for concrete production in Dajabón is already in the final phase.

In the same way, the construction company expects the arrival of the steel and the meshes that were ordered to be manufactured very soon, with the particular specifications established in the work specifications.

In Jimaní, in the province of Independencia, the same process is being carried out on 830 meters of roads starting from pyramid number 248 in a northwesterly direction. In Pedernales and Elías Piña, the installation of two camps has already begun, which will support the construction of the fence in those provinces.

Also, progress has been made in assisting people who claim property rights along the path where the fence is being built, a task in which a team of appraisers and surveyors from the Ministry of Public Works and Communications (MOPC) collaborates, headed by Engineer Ricardo Peña Acevedo, Director of Expropriations and Appraisals.

A preliminary report prepared with information from the Real Estate Jurisdiction establishes that in the 21.5 linear kilometers corresponding to sections 1 and 2 (Montecristi-Dajabón), there is a territorial extension of 13,643,731 square meters, in twenty-six registered plots, seven in the name of the State Dominican, with some 11.8 million meters, and 19 private, of 1.7 million meters.

The first stage of this project contemplates the construction of 54 kilometers of the physical fence, 19 watchtowers, ten access gates, and 54 kilometers of roads to patrol on both sides of the fence.

THE DATA
Order and distribution
According to official reports related to the construction of this perimeter fence, the entire section will be segmented into six sections distributed as follows: Sections 1 and 2 in Dajabón and Montecristi, with a length of 25.3 kilometers; section 3 in Elías Piña, with 3.5 kilometers; section 4 and 5 in Jimaní, with 17.2 kilometers, and section 6 in Pedernales, with 7.8 kilometers.

This sets the physical boundary which is a good start but don’t forget that without enforcing the boundary (the political boundary), the interlopers will mock it as a symbol of failure.
Recalled that your border was respected after October 1937 and you know why!