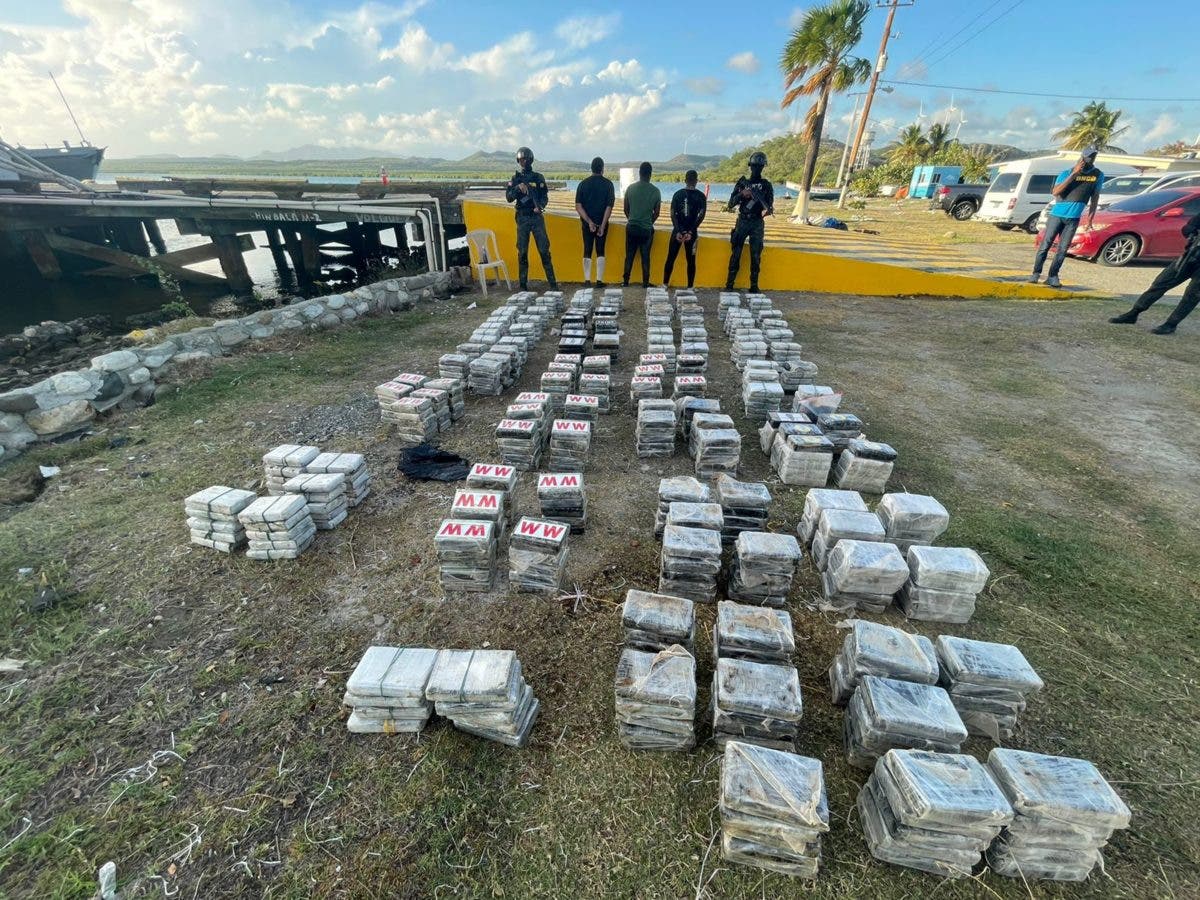 The National Directorate for Drug Control (DNCD) confiscated 659 packages, presumably cocaine, in the middle of a joint operation carried out on the coast of Peravia province.

The operation was carried out jointly with members of the Dominican Republic Navy, the Air Force, and state intelligence agencies and coordinated by the Public Ministry.

The operational teams deployed an extensive air, sea, and land operation, after receiving reports that the occupants of a speedboat (Edwardian type), coming from South America, intended to introduce a shipment of alleged narcotic substances into Dominican territory.

Indeed, once the operation had begun, which lasted several hours, the DNCD agents and members of the Navy boarded the boat, some 30 feet long, with two outboard motors of 100 horsepower each, where they occupied 27 bales with the 659 packages and arrested three men (two Dominicans and one Colombian).

The operation also seized a 45-caliber Glock pistol with a charger and several capsules, 18 jugs of fuel, four GPS, a satellite phone, two cell phones, two waterproof vests, a tarp, and a bucket with tools and spare parts, water, energy drinks, among other evidence.

The authorities deepen the investigations, to determine if there are others involved in the frustrating transfer of the stash, while the detainees are already in the hands of the Public Ministry to know coercive measures for violation of Law 50-88, on drugs and controlled substances.

During the first 11 days of the month of May, the authorities have seized 1,284 kilograms, only of cocaine, and so far this year, some 15,727 (15.7 tons) of cocaine, marijuana, crack, ecstasy, and other controlled substances.

“We must emphasize that these unprecedented figures are the result of the great support of the superior government, national and international cooperation, as well as the efficiency in operational readiness, which translates into the strategies implemented to combat drug trafficking networks,” says the press release.

The 659 packages, occupied in this new operation, were sent under chain of custody to the National Institute of Forensic Sciences (INACIF) which will determine in its analysis the exact type and weight of the substance.