My Country is Safe” plan reinforced in Santo Domingo East 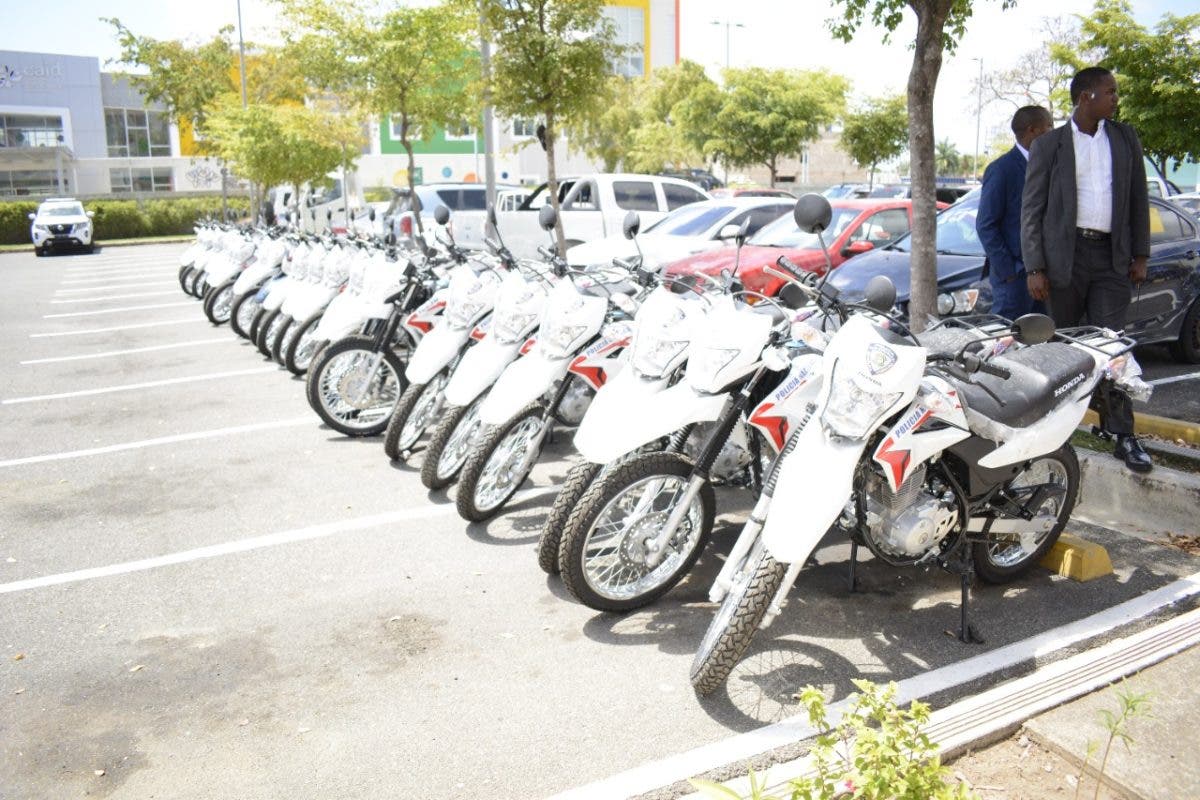 A total of 300 agents of the National Police, 33 vans, 65 motorcycles, four prison trucks, and four tactical unit trucks (mole) were integrated to reinforce the security of eight of the most vulnerable sectors of the Santo Domingo Este municipality during the implementation of the Comprehensive Citizen Security Strategy “My Safe Country,” in that demarcation.

During an act headed by the Vice President of the Republic, Raquel Peña; the Minister of the Interior, Jesús Vásquez Martínez, and the provincial governor, Julia Drullard, Major General Eduardo Alberto Then, director-general of the National Police, said that the incorporation of more agents and the logistics for reinforcing security in that area is an example of the significance of the transformation process that is taking place within the institution of the order.

“This is a demonstration that the police reform is taking firm steps, without hesitation, because in this sense we have the firm and iron political will of our president,” said Major General Alberto Then.

Likewise, the senior official thanked the President of the Republic, Luis Abinader, for continuing to trust in the institution he directs while stating that “he will never disappoint the responsibility that he has worthily placed on our shoulders.”

Also present at the event were Mayor Manuel Jiménez and aldermen from the different benches, deputies from the Santo Domingo province, the community, and sports leaders, among others.

Speaking at the event, Minister Vásquez Martínez said he was satisfied with the launch since Santo Domingo Este is the country’s largest and most populous municipality, with one million 300 thousand inhabitants and a significant economic expansion.

He explained that the success of this plan is supported by the commitment signed by 700 neighborhood associations, 380 non-governmental organizations, 70 patronages, 868 churches of the Federation of Pastors and Evangelical Leaders and 16 of the Dominican Baptist Convention, Regional 10 of Education, and its five directors, 39 Christian School Associations, eight construction unions, and the motorcycle taxi association.

“We execute concrete measures in prioritized territories to achieve peaceful coexistence and guarantee citizen security, which includes a greater police presence and adequate equipment, jointly with the main government agencies to respond to the main demands of the prioritized sectors,” he said.

He highlighted the effort and support of Mayor Manuel Jiménez, whom he maintained has declared citizen security a priority and assured that the Local Table for Security, Citizenship, and Gender is a national benchmark, with the active participation of all the sectors involved and whose results are apparent.

He asked all sectors of the municipality to make common cause with the program, regardless of a political plot, because citizen security is a commitment of all and guarantees that they confront delinquency and organized crime relentlessly, in what he cataloged as the most complete strategy that no government has done in terms of citizen security in the Dominican Republic.

“We have already had positive results with this program in the Cristo Rey, La Puya de Arroyo Hondo, Ensanche La Fe and La Zurza, San Francisco de Macorís, Santiago, Barahona, Oviedo and La Romana sectors of the capital. We recently started the one in La Vega, raising the number of intervened places to 11,” he quoted.

Vásquez Martínez indicated that they would continue the work slowly but without pause until the critical route that has been drawn for such purposes is completed.