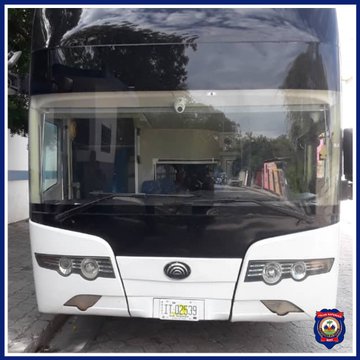 A video shows that there were infants and several people with Haitian features in the bus, which was almost empty.

The Haitian National Police reported this Thursday that they released a group of kidnapped passengers in the commune of Croix-des-Bouquets. Still, it is not about the missionaries traveling with the Dominican company Metro.

“The Haitian National Police (PNH) during an operation carried out this morning, Thursday, May 12, 2022, released passengers kidnapped by armed individuals in the Croix-des-Bouquets commune,” they posted on their Twitter account. The police authorities of the neighboring country.

Law enforcement officers recovered the Capital Coach Line bus in which the passengers were preparing to travel from that city to the Dominican Republic.

In a video that they added to the tweet, it is observed that on the bus, almost empty; there were infants and various people with Haitian features.

This is the second bus hijacking to become public in less than a week. Last Sunday, a passenger vehicle owned by the Dominican company Metro Servicios Turísticos that carried out the Santo Domingo-Port-au-Prince route was kidnapped by 10 Turkish missionaries.

Similarly, the driver, who is Dominican, and the travel assistants, who are Haitian, are included in the group of hostages.

No gang has claimed the deed. At the same time, the Dominican authorities and the company’s executives are carrying out the necessary negotiations and steps to safeguard the life of the group.