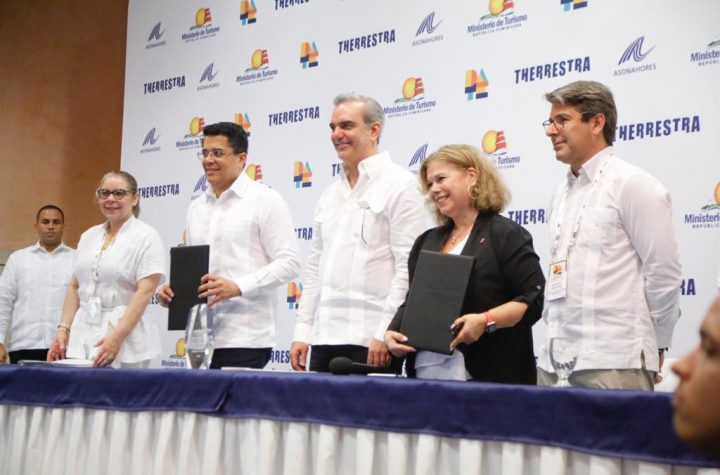 President Luis Abinader reiterated his support for the recovery of the tourism sector, highlighting that this work has been carried out with “passion, patriotism and enthusiasm, trusting in the process despite having assumed the government at the worst moment of the pandemic.”

The president said he felt optimistic about the numbers for April, those projected for May and summer, and a high season that includes autumn and winter.

Pointing out that he came to receive attacks for the attention and trips he made to this coast, in which he was referred to as the Republic of Punta Cana, Abinader stressed, however, that the effort was worth it since it was always clear that returning to the normality of the sector implied the recovery of the country.

“We are going to continue doing this work, creating new jobs, recover the jobs that had been lost and for people to earn a living with dignity, for which we congratulate the company Expedia and the Ministry of Tourism, for what has been achieved,” Indian.

The head of state, who spoke at the event where the Expedia platform, which sells packages, trips, and tourist excursions worldwide, recognized the country for carrying out the best campaign for Latin America 2021-2022 in that sector.

The announcement was made amid three collaboration agreements with major Canadian airlines, such as Air Canada Vacation, Sunwing Group, and Air Transat, to enhance the country’s air connectivity during the summer and winter.

Previously, Abinader and the Minister of Tourism, David Collado, were recognized by Expedia.

Abinader and Collado also attended the start of construction of the luxury hotel “Secrets Tides Punta Cana Resort & Spa, with an investment of US$175 million and the creation of some 3,00 jobs, led by the construction company Codelpa with the support of the Amrtm hotel chain. Collection.

OK to bet on tourism. However, it is better fill the basket will more commodities to bet on.

What about farming and other possible avenues of economic growth? Should the everyday Dominican only aspire to become a tour guide, waitress, waiter or prostitutes’ to serve the needs of tourist? Basing the economic prospect of a country only on tourism is a very limited vision. From the pandemic, I would have thought the Dominican government would have realized how cyclical and vulnerable to global and environmental disruptions the tourist sector is under.