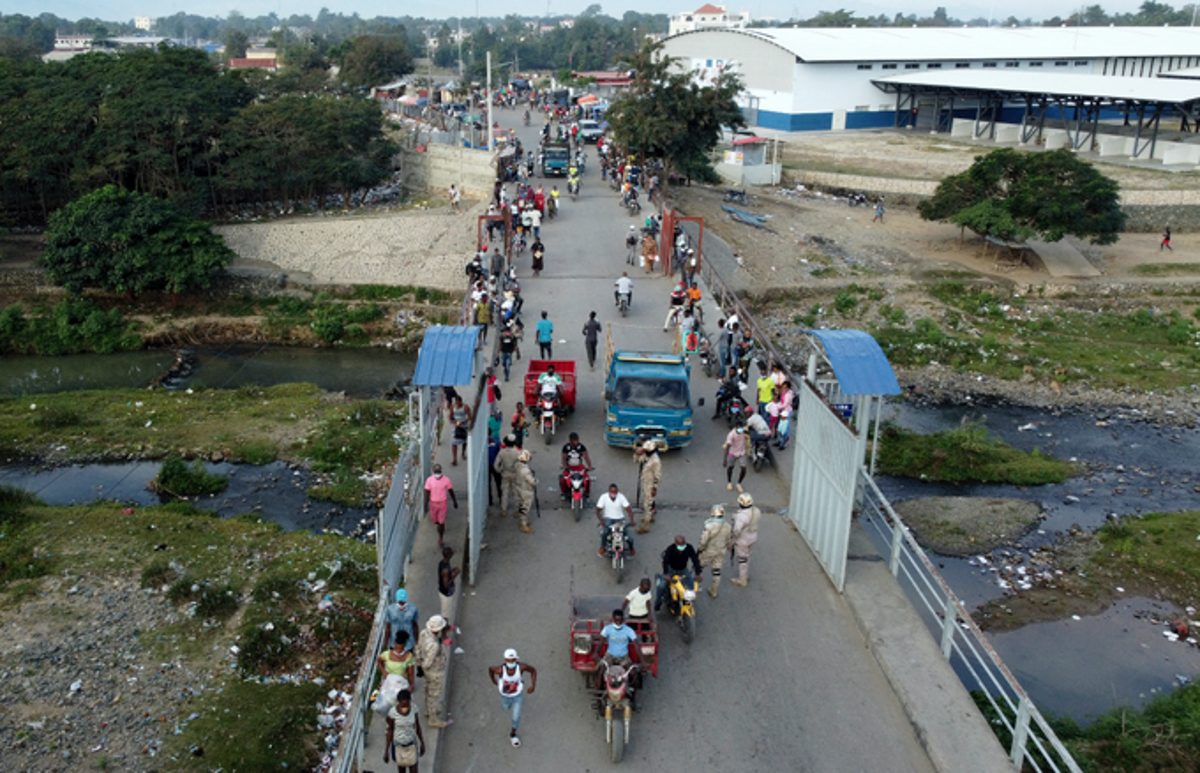 Insecurity has increased in Haiti with violence, kidnappings and looting. /LD

Gangs operating in Haiti are dedicated to kidnapping and looting sloops, trucks, tankers, and now buses.

Due to the increase in kidnappings and the prevailing insecurity in the neighboring nation, many Dominican carriers have decided not to enter Haiti to carry merchandise and food products in trucks and barges.

The same is being done by specialized Dominican workers who have lately restricted their entry into Haitian territory.

Some carriers travel from Santo Domingo, Santiago, and other parts of the country and unload the goods on the Dominican side of the border. From there, Haitian drivers are in charge of distributing them to their recipients in the neighboring nation.

The same measure has been adopted by Dominican drivers dedicated to moving and carrying from provinces such as Santiago, Valverde, Puerto Plata, La Vega, and other locations.

Those carriers used to ship directly to Haiti, but now they decide to take them only to the border area and that, from that part, Haitians are in charge of transporting them in their territory.

Haitian transporter René Bazin said that many of them have been victims of looting their vehicles while traveling on the roads of their country.

He argued that gangs operating in Haiti are dedicated to kidnapping and looting swamps, trucks, tankers, and other vehicles that transport food, construction materials, household, and electrical appliances, among other merchandise.

“It pains me to say it, but my country is currently unlivable, many of us want to stop transporting, because there is no security for anyone,” Bazin emphasized.

On his side, the president of the National Central of Transport Workers (CNTT), Juan Marte, considered wise the decision of many Dominican carriers to refrain from entering Haiti with vehicles containing food and other merchandise. For Marte, that is the right thing to do because it is not fair that they risk their safety for “the simple fact of earning a few more pesos.”

The carrier said that due to insecurity, manifested in kidnappings, assaults, and other violent acts in the streets of Haiti, it is essential that Dominicans take many precautions before entering the neighboring nation.

Labor The prevailing situation in Hatí
is reflected in the shortage of specialized labor since most of the plumbing, painting, electricity, mechanical, dent removal, blacksmithing, and other jobs are done by Dominicans. Many do not want to enter that country due to insecurity and kidnappings.

WORK
Take risks.
Unfortunately, the blacksmith Jorge Baret said that he would have to take the risk and cross to Haiti because he is in high demand in towns in the North, Northeast, and Northwest of that country to do blacksmithing.

Barriers.
Baret indicated that, due to insecurity, there is a great demand to place barriers to houses and commercial establishments.

Lol this was coming..

The carriers are justified not to enter Haiti because of the gang created chaos. Transferring cargo at the border is the safest plan at this time to continue trade with Haiti. Haiti comes in second behind the USA as a major RD trading partner. Its trade is necessary for the Dominican economy.