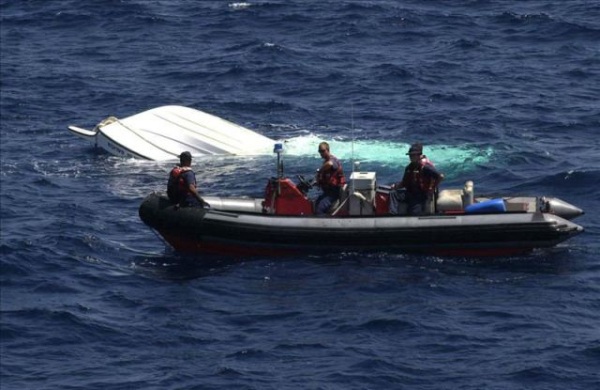 Puerto Rico.- A yola-type boat that was illegally transporting migrants from the Dominican Republic capsized Thur. 10 nautical miles north of the Puerto Rican islet of Desecheo.

Coast Guard patrols received an alert around 11:47 a.m. by Customs and Border Protection stating they had spotted a capsized boat with people in the water who appeared not to be wearing life jackets.

It is reported that the crew members of the shipwreck still remain without defined immigration status.

While the executive director of the Institute of Forensic Sciences (ICF), María Conte Miller, appointed a special group to carry out today the autopsies corresponding to 11 deceased women.