Rains continue throughout the Cibao and have already caused damages 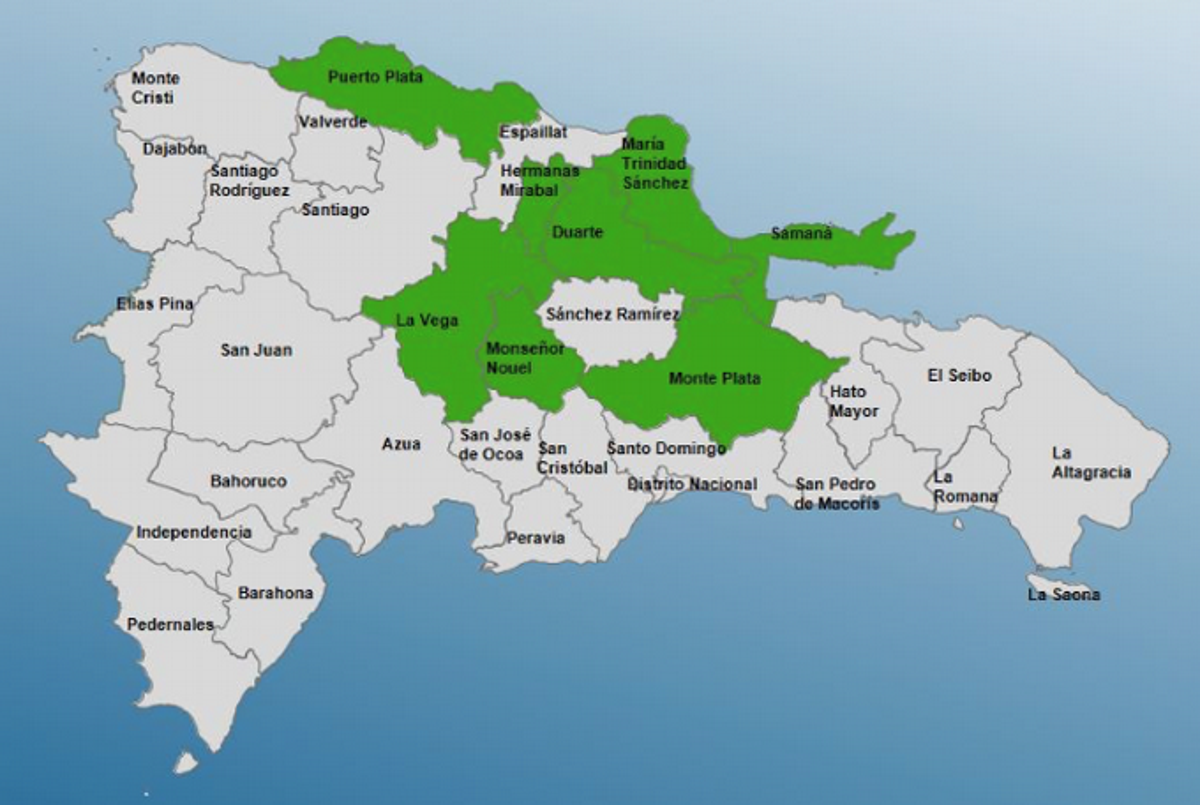 Santiago, DR
A heavy downpour that covered the entire Cibao region, which in many points manifested itself with strong winds and hail, caused significant damage in at least four provinces, although no injuries have been reported.

Meanwhile, the Emergency Operations Center (COE) increased yesterday to 10 provinces under green alert where the rains have the most substantial impact. The COE issued the warning for possible flooding of rivers, streams, and creeks and flash or urban floods.

According to the regional director of the Civil Defense in Santiago, Francisco Arias, the winds caused damage to banana and banana plantations, and in some places, they knocked down trees that obstructed roads.

He also affirmed that the most significant damage caused by last Wednesday’s windstorm was in La Vega, Duarte, Espaillat, and Puerto Plata. However, the authorities were working to restore the affected roads and evaluate the losses in agriculture.

In the communities of Barranca and Cutupú, in La Vega, banana production and vehicular traffic were affected, as fallen trees obstructed some roads.

Also, in the Northwest, it rained, and in some points, strong winds were registered, but without major consequences, according to reports from that region, where recently there was a hailstorm. Arias indicated that in sectors of Santiago, there was momentary flooding.