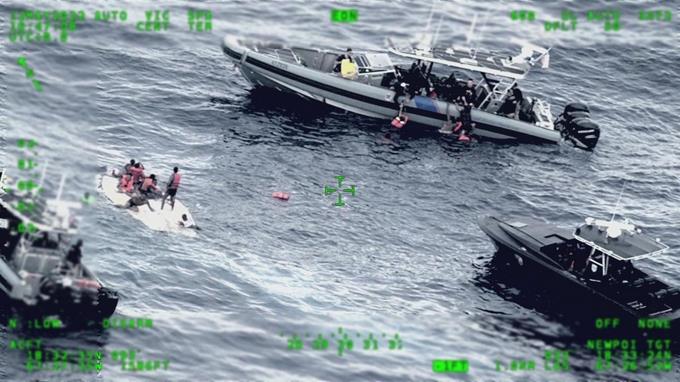 Santo Domingo, DR
There are now 11 fatalities from the shipwreck in Puerto Rico of a boat left from the Dominican Republic. While eight are hospitalized, out of 30 rescued up to this Friday.

The exact number of missing persons is unknown since some say that 72 people were on the boat, others say 62, although the authorities presume that there are around 60.

Preliminary information was provided by a U.S. Customs and Border Protection (CBP) agent who contacted the Dominican consul on the island, Opinio Diaz, to follow up on the situation.

He said that there were two Dominicans among those rescued and the rest were of Haitian nationality.

The identities of the castaways have not been revealed.

Consul Diaz is in contact with the police and CBP to follow up on the situation of the castaways and the rescue efforts.

Illegal voyages continue to claim the lives of Dominicans and Haitians who undertake the dangerous journey, leaving their families in mourning.

Survivors of shipwrecks have recounted all the adversities they face on the high seas.