Caribe Tours stops its trips to Haiti due to insecurity 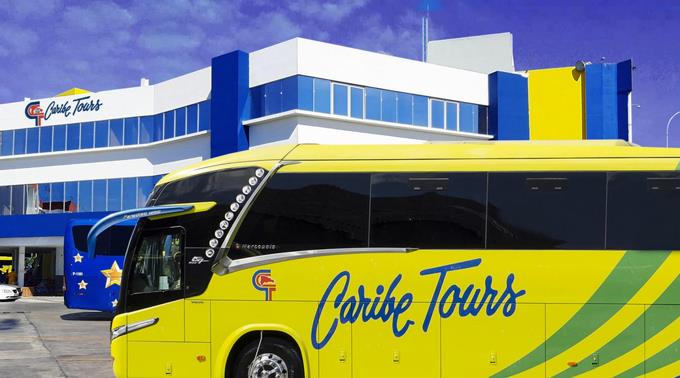 Last Sunday, a Metro bus, another company that travels from the Dominican Republic to Haiti, was hijacked in the Croix-des-Bouquets commune on the outskirts of Port-au-Prince.

Caribe Tours, one of the two companies that offer passenger transport services between the Dominican Republic and Haiti, decided to paralyze its operations due to insecurity in Haiti,  where a bus leaving Santo Domingo was hijacked last Sunday.

” Caribbean Tours has paralyzed travel to Haiti for the moment (…) we held a meeting with the DNI (National Department of Investigations), and they are preparing the place to get security from the Haitian Police,” he said this Friday to Efe, the executive vice president of that company, Paúl Guerrero.

He assured that talks are being held between the two countries’ foreign ministries, in which the Dominican embassy in Haiti and the Haitian legation in Santo Domingo also participate.

“We will have a meeting (with Dominican authorities) next week to determine what is going to be done,” added the executive, who recalled that the Haitian Police “frustrated” the hijacking of a bus belonging to a company from that country.

The Caribe Tours company made four daily trips from Santo Domingo to Port-au-Prince and one from the Dominican capital to Cap-Haïtien (north, Haiti’s second-largest city).

Last Sunday, a Metro bus, another company that travels from the Dominican Republic to Haiti, was hijacked in the Croix-des-Bouquets commune on the outskirts of Port-au-Prince.

Eight Turkish citizens, eight Haitians, and the Dominican driver traveled in the vehicle. The Haitian National Police assured that the group was kidnapped by the 400 Mawozo armed gangs, one of the most powerful of the many in that country.

In that same area, the Dominican diplomat Carlos Guillén Tatis was kidnapped on April 28 and remained in captivity for four days before being released.

The Dominican Republic announced that it does not negotiate with “terrorists” and that in “no way” will it pay for the ransom of any of its citizens kidnapped in Haiti.

This was expressed in a press conference by the Vice Minister of Consular and Immigration Affairs, Jetzel Román.