Santo Domingo and its Colonial City bet on cultural tourism 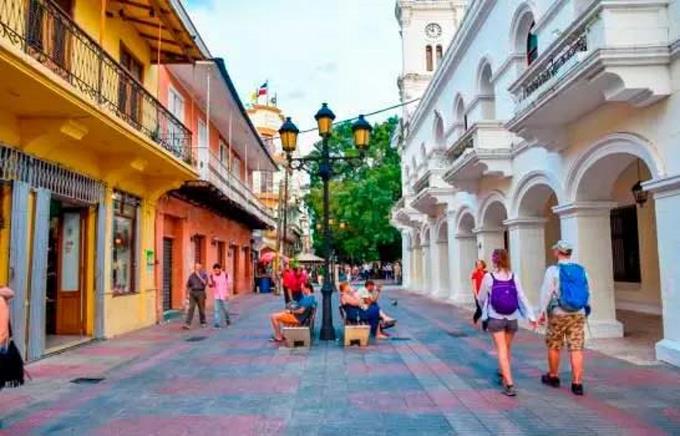 The Colonial City of Santo Domingo will bet on culture to strengthen its tourist offer with a series of actions that include the intervention of four museums in the area, the leading players in the tourism sector of the Dominican capital reported this Friday.

In addition to the museography work to reorganize the collections, an architectural readjustment of these museums will be carried out, housed in historical buildings that are critical pieces of the heritage of the primate city of America.

The general coordinator of the Tourist and Urban Development Program of the Colonial City, Amín Abel Santos, explained that the parts of the structures that need renovation would be rescued, and the space would be adapted to the museography with the idea of ​​introducing immersive experiences and reality virtual.

The Museum of the Ozama Fortress will be the first to be intervened, followed by the Museum of the Cathedral, the Alcázar de Colón, and the Museum of the Royal Houses. This building housed the first court of justice in America, a project in which It works together with the Ministry of Tourism, with financing from the Inter-American Development Bank (IDB).

In addition, the rescue of the Ruins of San Francisco is planned, a project that had many conflicts in the past, “and now there is a new study process to decide what use can be given to it” and, meanwhile, “work is being done on provisional structures to stabilize the whole, since “every time there is a temporary phenomenon it deteriorates.”

Other works planned to revitalize the Colonial City of Santo Domingo will be the rehabilitation of various streets of this historic center with a Renaissance urban fabric so that they have “a pedestrian primacy,” thus improving the visitor’s experience.

The works, including the undergrounding of electricity and water services, will be carried out on five kilometers of streets and are scheduled to begin next September.

The renovation will positively affect the development of other activities and cultural attractions, such as the tours that visitors can take through a new GPS web application of the Colonial City of Santo Domingo.

The application “lets you know 25 attractions of the Colonial City of Santo Domingo” and that it is a free and unique service in the Dominican Republic, which has been one of the novelties that were presented during the DATE 2022 tourism fair, the main promotional event of the Dominican Republic as an international destination.