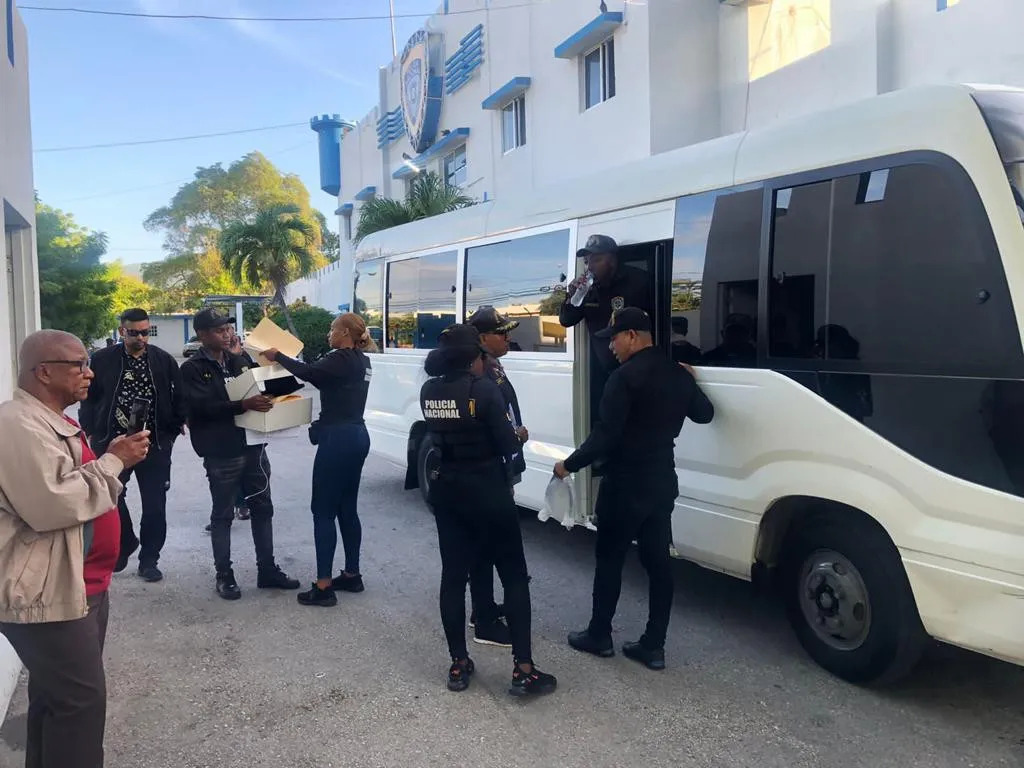 The Central Electoral Board (JCE) welcomed the arrest of 12 Haitian nationals who are allegedly responsible for obtaining Dominican nationality through false birth certificates, copies of identity cards, and passports.

The arrests took place in the communities of Vicente Noble and Tamayo, Barahona province, in collaborative work between the Public Prosecutor’s Office and the Counterfeit Investigation Department of the National Police.

The arrest warrants were issued by María Consuelo Valenzuela Pérez, judge of the Permanent Attention Office of the Judicial District of Barahona.

The intelligence and investigation work that led to the arrests was carried out by the Security Directorate of the JCE about four months ago through a team deployed in the mentioned provinces to investigate and dismantle the structure operating in that area.

The JCE Security Directorate continues to support the Public Prosecutor’s Office and the National Police in investigating others involved in the case, from Bávaro, Distrito Nacional, La Romana, Santo Domingo, Yaguate, Baní, Ocoa, and Barahona.

The JCE reiterated that the follow-up of these cases is part of the agreement with the Attorney General’s Office of the Republic of zero tolerance for crimes and infractions related to the Civil Registry.

The current management of the JCE has carried out five national operations to dismantle networks engaged in identity theft and falsification of documents, which has resulted in dozens of arrests and four convictions, two of five years and two of three years; of the three Haitian citizens and one Dominican citizen.

It is recalled that impersonation is a crime punishable by sentences of between three and ten years under Articles 147 and 148 of the Penal Code, which punish forgery in writing. Also, Law 8-92 on Identity and Electoral Cards establishes sentences of between six months and two years imprisonment to those who incur in retaining an identity card corresponding to another person, in articles 8 and 14.4.

Nice job by law enforcement. Hopefully these criminal Hatians will be sent to prison and then deported.

There are thousands of immigrant with illegal documentation. You are barely scratching the problem. is 2.5 million illegals in DR and they use some form of illegal documentation. This democracy fails to defend the country and our society from all kinds of attacks (cultural, imports, illegal immigrants, etc.). The island will fail.

Now multiply that by half a million, and we will be talking