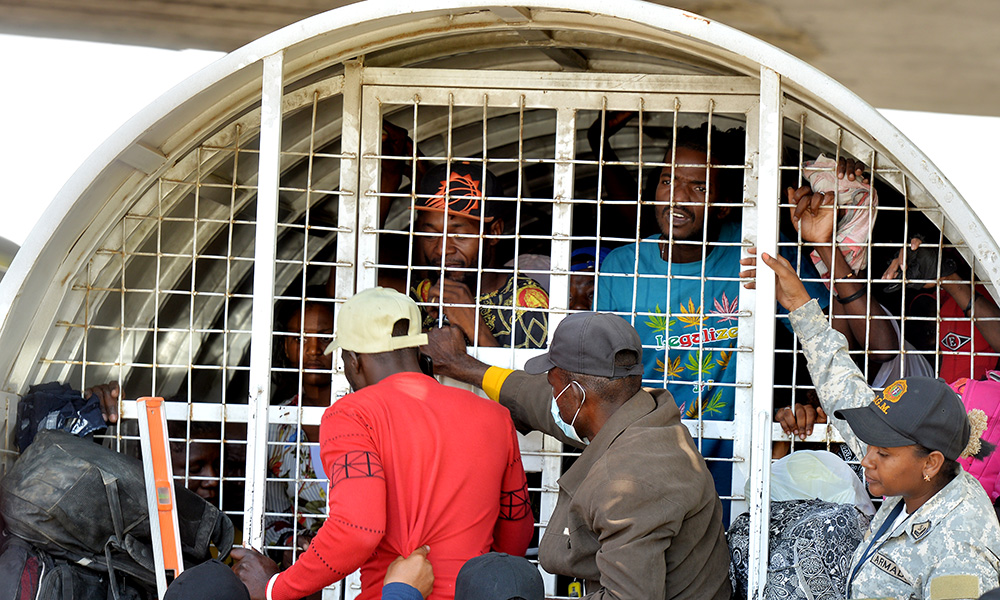 Santo Domingo.- A detention unit of the General Directorate of Migration (DGM) was since noon yesterday under the Juan Carlos bridge with the purpose of redoubling the search for illegals in buses coming from the eastern provinces.

The buses of both private and public companies were detained to later be searched by agents of that institution.

ElCaribe reports that when a Haitian did not meet the requirements they were removed from the buses.

With suitcases, packages and even plastic bags, these foreign citizens were taken to the detention unit. According to information, more than 40 illegal aliens had been detained.