Claude Joseph on immigration operations: “Systematic racism and anti-Haitianism in the DR is unacceptable” 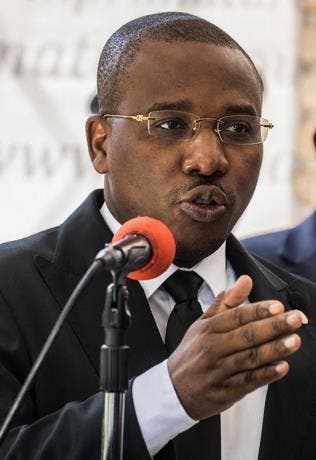 The former Haitian Prime Minister, Claude Joseph, denounced the “numerous cases of abuses” of human rights against some of his citizens residing in the Dominican Republic, registered during migratory operations carried out in Ciudad Juan Bosch Santo Domingo province.

Likewise, through a message posted on his Twitter social network account, Joseph urged international authorities to follow up on these raids, in which hundreds of Haitian citizens were deported.

“The international community must closely monitor the numerous cases of human rights abuses against Haitians in (Ciudad) Juan Bosch, Dominican Republic. Systematic racism and anti-Haitianism in the Dominican Republic is unacceptable ,” he wrote.

The repatriations began on Thursday morning of last week. They were carried out by agents of the Dominican General Directorate of Migration (DGM) to arrest illegal Haitian nationals in the country.

This operation was carried out one day after an incident between inspectors from the Department of Immigration Control of the DGM and a group of undocumented immigrants from Haiti, which turned violent, was recorded.

The clash was captured in a video posted on social networks, where Haitians were seen throwing stones and bottles at immigration employees.

Given the situation, the Director-General of Migration, Enrique García, warned that this body would not tolerate this type of situation continuing, assuring that it is not the first time that a confrontation of this nature has occurred.

“Unfortunately, these illegals gathered in a gang and attacked it with stones, sticks, machetes, and other sharp objects against a team from the General Directorate of Migration, which, seeing their violent attitude, did was retreat to avoid a misfortune.”

However, organizations and activists have described the arrests as a “hunt,” claiming that many of those deported and imprisoned resided legally in the Dominican Republic.

One of those detained in an operation carried out on Tuesday of this week was the spokesman for the #HaitianosRD collective, Roudy Joseph, who went to the scene to document the arrests.

Roudy was released after spending more than an hour in detention, later telling the Efe news agency that several of those who were deported had their documentation up to date but were forcibly removed from their apartments.

“It looked like a battlefield (…) there was police, military, immigration agents,” said Joseph. He reported being taken to the Hipodromo V Centenario facilities, where he met dozens of immigrants.

The audacity of this gentleman!, a group of hatian assaulted a group of officers that have come to arrestem for breaking the law, they commit a laundry list of felonies, (armed assult, to put it mildly) and he has the nerve to cry “Racism”? –it seems that that is the only thing he has to say when he has absolutely nothing to contribute to the world.

Why waste time explaining to haitians?

So while Haiti is in a state of national terror, this cornball decides to address the public and continue to trash talk Dominican Republic.

The word on the street is that the Haitains revolting had been there working construction.
When it was time for them to be paid the project manager and engineer called immigration instead.

That has been the mode of operation on construction sites for years! Horrible practice.