‘Commando‘ pulls off 3 heists in one day 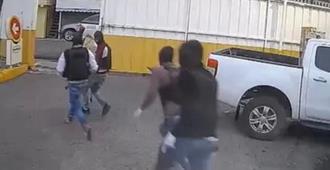 Santo Domingo.- The armed command that stole more than 9 million pesos from an armored truck in Santo Domingo Este used a stolen truck to commit the assault and other criminal acts between Juan Dolio and Greater Santo Domingo, the same day.

The criminals stole the gray Nissan Frontier truck from a person in Higüey to later carry out a robbery in the municipality of Juan Dolio, a source linked to the investigation confirmed to EL DÍA.

The armed group then went to an auto accessories shop in the Herrera sector, Santo Domingo Oeste municipality, where they removed the vehicle’s GPS tracker.