Fourteen provinces on alert due to the effects of a trough 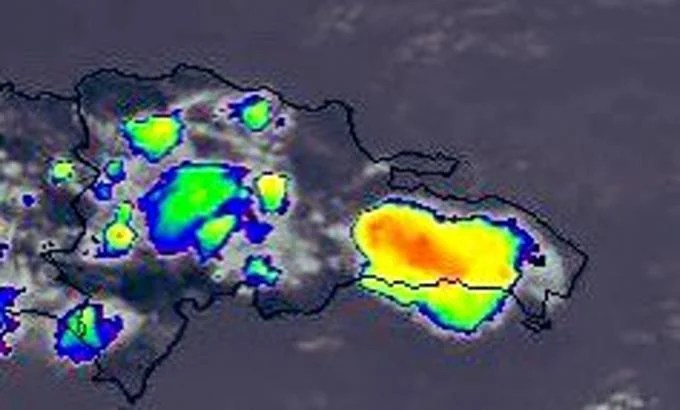 A trough will continue to generate downpours.

The Emergency Operations Center (COE) increased the number of provinces on yellow alert to 10 while maintaining the green alert in four as a preventive measure due to the instability generated by a trough.

Meanwhile, the National Meteorological Office (Onamet) maintains alerts and meteorological warnings for these provinces because flooding of rivers, streams, and ravines and sudden or urban floods and landslides can occur.

ONAMET reported that in the La Vega province, due to the rains recorded in the last few hours, the Manabao ravine overflowed in the El Fogón community, where eleven homes were affected.

Another ravine also overflowed in La Culata, Constanza, but it has not affected any homes so far.

IN POINTS
Meteorology.
The office further predicted that today the incidence of the trough would continue, and the local effects of daily and orographic heating contribute to moderate to intense downpours accompanied by electrical storms and gusts of wind.