Thousands of Haitian sugarcane workers are still waiting for their pension 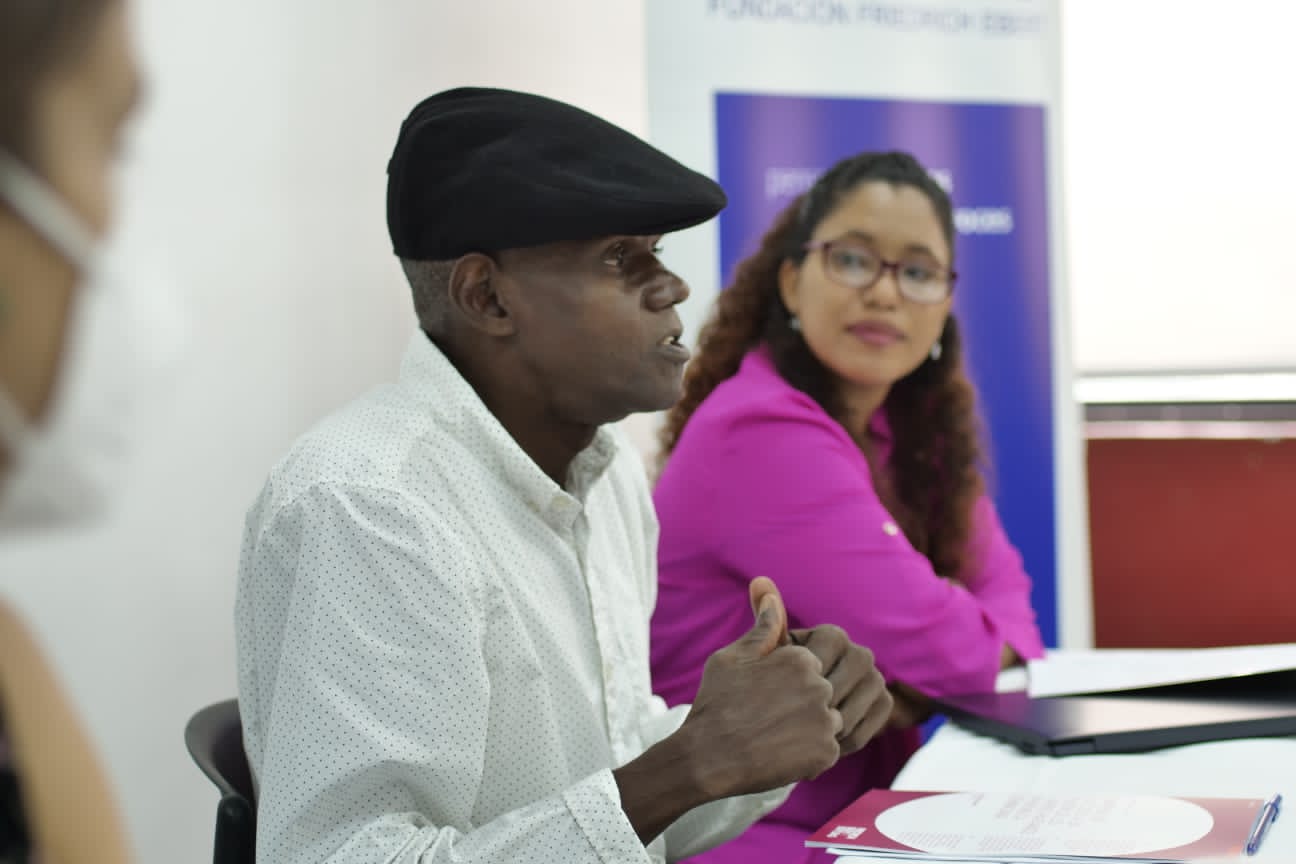 The Friedrich Ebert Foundation (FES) presented the study “Barriers in access to the pension of Haitian cane growers in the Dominican Republic,” which describes the violation of human rights faced by older adult workers to access their pensions amid poor living conditions and highly precarious, as a result of non-compliance with their labor and documentation rights.

The event featured comments from Micely Díaz, author of the study; Jesús Núñez, leader of the Union of Cane Workers (UTC); Paula Rodríguez, FES project coordinator, and Benoble Joseph, a Haitian cane grower who is a member of the UTC, who has been waiting for his pension for more than ten years.

Paula Rodríguez, FES project coordinator, stressed that this situation violates human and labor rights during her speech. “It has been a commitment of the Dominican State to offer decent working conditions, which has failed, thus creating an economic and social debt,” she added.

Micely Díaz said that the cane growers waiting for their pension arrived under binational agreements and contributed to social security for decades with their work records.

“However, now they are told that the cards are not valid to access their rights,” explained the researcher.

Díaz stated that even though in 2020, President Luis Abinader promised to grant them the pension, he did not keep his word. “On the contrary, the PRM increased the barriers to access the pension and even suspended those who could not renew their residency due to the high cost that exceeds RD$15,000,” he added.

For his part, Jesús Núñez stated that the Union of Sugarcane Workers would continue to fight for the acquired rights of the Dominican and Haitian sugarcane population until the State guaranteed the pension.

Rodríguez Marchena: It was fair to grant permanent residency to Haitian cane growers

He stated that cane growers have up to 690 contributions, equivalent to more than 57 years of work. In addition, úñez reported that since 2009 the UTC has carried out 643 demonstrations, but the State’s response has been inefficient.

Only 1,415 Haitian sugarcane workers have a pension, and more than 15,000 people are still waiting. Likewise, around 4,000 older adult cane growers have died without receiving it. According to the General Directorate of Retirement and Pensions data, 4,871 cane growers applied for the pension and are awaiting approval.

Benoble Joseph, the coordinator of the UTC in the Santa Lucía batey, at 76 years of age, has been waiting for his pension for ten years. He expressed that the difficulties they face in accessing the pension never end.

The people participating in the activity called on the Dominican State to grant residencies to sugarcane growers who have been in the country for up to 5 decades, as well as to guarantee pensions to sugarcane workers who are still waiting for a solution and remove the obstacles bureaucratic procedures that prevent adequate access to their social security rights.

In addition, they highlighted the need for the Haitian authorities to facilitate the free delivery of documentation to the sugarcane population residing in the country.

Finally, they stated that the Ministry of Labor must act against the labor overexploitation faced by sugar cane growers and guarantee decent work within the sugar mills.

Totally mean to not process these pensions especially considering the amount of money involved.

They put in their hard labors and contributed to social security. The government has a moral and legal obligation to provide them with their pensions

Well, imagine an undocumented person in the US that work all his life getting paid under the table, than trying to claim social security benefits. That’s the problem.