The titanic struggle of two mothers of children with disabilities 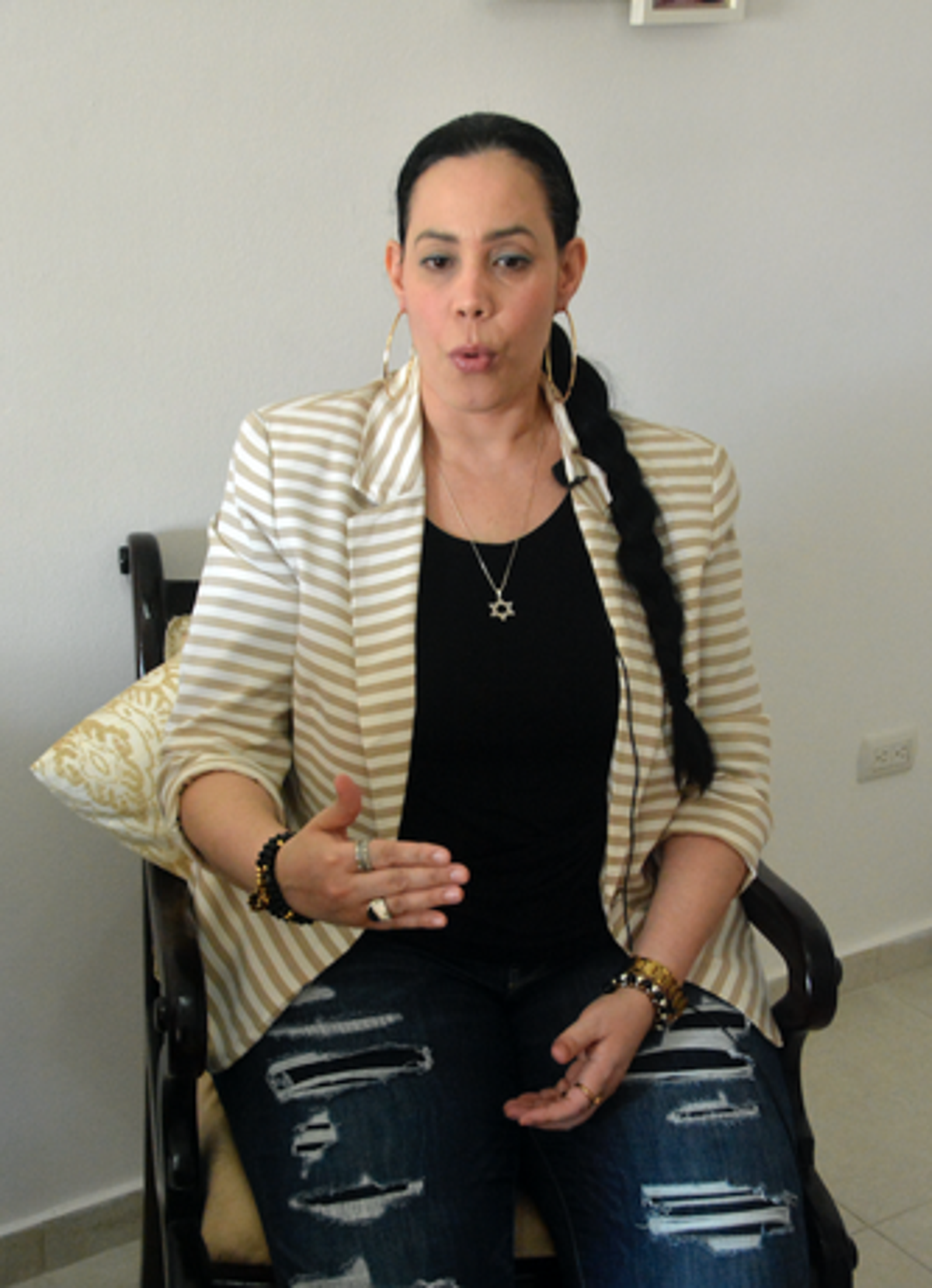 "Children with multiple disabilities have no support in the country," said Dayana Spain.

Dayana and Micky agree that inclusion in the country is a myth and call for laying the foundations to make it a true reality.

Santo Domingo, DR
Micky Rodríguez and Dayana España are two mothers with different realities but are united by the multiple disabilities their children suffer from. Both have discovered an inner strength greater than themselves in their experiences as special mothers.

With the hope that the State will focus its eyes on the most compromised children with disabilities, and with faces full of peace and serenity, they received Listin Diario reporters in their homes to disclose the reason for their lives: their children.

“Marlene wanted to be born,” Micky begins to narrate about her 10-year-old daughter who faces multiple challenges… challenges that contain the engine of human learning (visual impairment, profound bilateral hyperacusis, autism, and speech and language disorder due to the same condition).

For Micky it has been a titanic task to raise her and give her the life she deserves together with her daughter’s father, Juan. One of the reasons for this is “because low-income mothers in the country do not have the support they need, and therapies are expensive, especially for a child with multiple disabilities who needs several specialists and professionals.”

Micky says that her daughter started walking when she was eight years old. Every day, when this mother came home from work, she walked with her, thus assuming the therapy so that the girl could stand on her feet.

“We took her to rehabilitation with Juan and me, and they told us that because she had multiple disabilities she could not receive walking therapies and I said: “No… I can’t leave her like that!” she says. “It took eight years, but she is walking,” she adds.

Without support
Dayana has had to live in a similar situation with her 10-year-old son Daniel, but alone. Although the boy has not lost his hearing, he suffers from ptisis bulbi (loss of the eyeball), so he can’t see, as well as autism and epilepsy.

“Children with multiple disabilities have no support in the country, most focus on Down Syndrome, autism, blindness. That’s a shame, because these children are the most compromised by disability,” Dayana tells Listin Diario reporters.

She says that she was forced to emigrate from the country for the health and welfare of her son, due to the inability of the Dominican system and has since embarked on a struggle for children with multiple challenges in the country along with other mothers.

Tough diagnoses
From her personal story, Micky, a native of Navarrete, says that everything was going normal during the first months of gestation and she attended her regular appointments until one day when Marlene was born.

At only 28 weeks pregnant, she woke up and noticed that her water had broken. Micky had to have emergency surgery and Marlene was born prematurely at 28 centimeters and weighing a mere two and a quarter pounds.

The baby spent time in the glass box hooked up to machines fighting for her life while her mother never lost faith.

The first harsh diagnosis Micky received was that at 18 days old her daughter lost her vision as a result of retinopathy of prematurity (disease of the blood vessels in the retina, the light-sensitive part of the eye) when her eyesight was not covered.

I told her pediatrician: “Doctor, when I give the baby milk, I see a little cloud in her eyes. And she recommended that I take her to a pediatric ophthalmologist. I take her, the ophthalmologist takes pictures of the child’s eyes and compares them with others. Marlene’s eyes looked white and I said, ‘My child’s eyes are not right,'” says Micky.

The doctor informed her that her daughter is blind and Micky collapses. She says she asked herself over and over again: “Living in Navarrete, how am I going to raise a blind child,” but she and Juan did not give up and began to look for information.

Sometime later, the second diagnosis came unexpectedly. When they noticed that Marlene could not perceive noise, they proceeded to perform a study that revealed profound bilateral hyperacusis.

In the incubator, oxygen damaged her cochlea, formerly called the cochlea, the “hearing” part of the inner ear, located in the temporal bone, whose function is to transform sounds into nerve messages and send them to the brain.

“They told us she qualified for cochlear implants and they cost US$26,000. We sold everything except the crib, the bed and the blender because she couldn’t eat solid food,” Juan says.

Dayana suffered a similar situation. She had a normal pregnancy until she reached seven months when she had an emergency cesarean section.

Daniel lost his vision in the same way as Marlene, but he underwent surgery while still a newborn, which eventually did not give results. “When that process is over, I see that time goes by and my son doesn’t look at me. Time goes by and I see that the child is not looking at me and I say, what’s wrong? I take him to another specialist in Santiago and he asks me: who operated on your child? They should not have touched your son’s eyes… They dragged his retina instead of gluing it,” says Dayana about the procedure that left Daniel without vision.

They assume their own therapies
Signs.
Micky and Dayana have adopted a sign communication system that their offspring have assimilated.

“Everything is by touch. I signal her to eat by touching her mouth,” Micky said of Marlene, who knows where everything is in the house.

She understands.
On the other hand, Daniel, who can hear, within his condition, makes his mother understand that he understands and knows what she is talking about, but she also taught him to communicate by signs. “I taught him that when he is hungry, he should touch his belly… when he is satisfied, he rubs it,” explains Dayana, who adds that “we mothers of special children have a kind of seventh sense.