Construction of the border fence with Haiti is on schedule 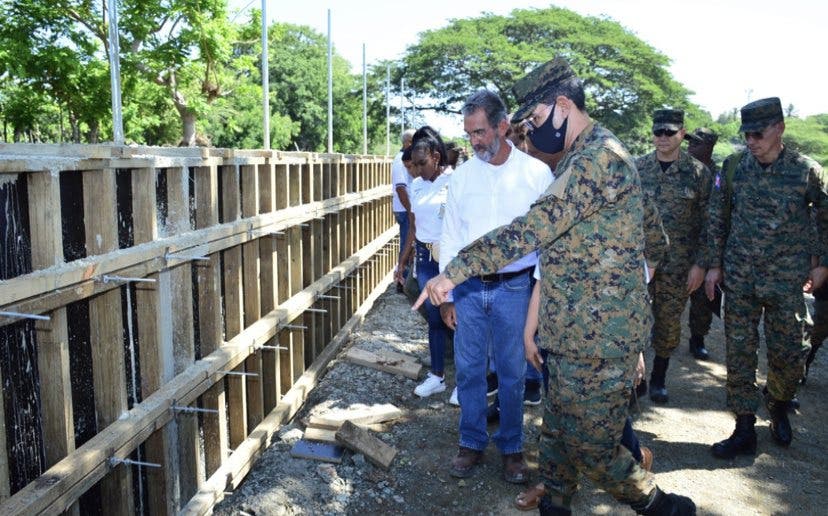 The Minister of Defense, Lieutenant General Carlos Luciano Díaz Morfa, supervised the progress of work on the fence being built on the border with Haiti.

Díaz Morfa, after the tour and the exchange of information with the engineers in charge, said that the programmed activities are proceeding at the planned pace, and the work is advancing.

“The fence will benefit both countries because it will allow more efficiency in the control of the migratory flow, in the fight against cattle theft and other illicit activities, such as drug trafficking, the illegal sale of arms, and the protection of agricultural producers, strengthening the current protection schemes of the border area,” said Diaz Morfa.

The head of the Ministry of Defense assured that houses would be built to be delivered to those who need to be displaced from their current residences to make way for the fence.

In the supervision of the project and in the exchanges with the owners of the houses and the lands that will be declared of public utility, the minister spoke with the landowners of the lands located at some points where the work is being developed. He thanked them for their willingness to collaborate with the construction of the fence and assured them that the Government would compensate all legitimate owners.

The military high command, together with engineers responsible for the work, and civil authorities of Dajabón, made a tour of the area where pyramids 17, 18, and 19 are located, where the first 700 meters of the fence are being erected. The “pyramids” are concrete monoliths that mark the borderline.

In this area, the concrete is being poured to a height of 1.5 meters, on which the metal mesh will later be placed. The first phase of the project comprises 54 kilometers.

The civilian and military authorities toured the area of pyramids 1 and 2 in Manzanillo to supervise the process being carried out with the houses located on the land used for the project.

Suggest this border fence/wall as seen above is more of a public relations undertaking by the government to imply it is doing something to stop illegals from entering the country. It is a costly unconvincing structure. The illegals and border mafias will find weak points and devise methods to traverse it regularly. The only way to complement its ability to stop or slow illegal traffic is to evenly space the 10,000 plus border military along it.

It will at least reduce the stealing of livestock and stolen cars and motorcycles.