In the neighborhoods with ‘My safe country’ assaults and criminality continue 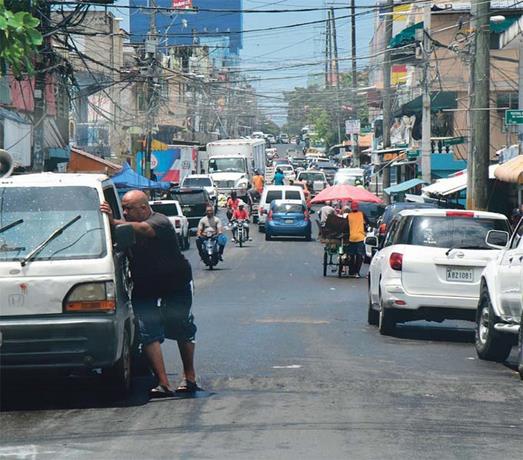 In the neighborhoods of Mi País Seguro they ask for greater vigilance and complain of constant assaults. LEONEL MATOS/ RB

Contrary to the indications of the Minister of the Interior and Police, Jesús Vásquez, that where the “My Safe Country” program has been applied, crimes have been reduced “considerably,” community members from the neighborhoods of Cristo Rey, La Zurza, widen La Fe and La Puya affirm that in these sectors daily the residents are victims of assaults.

Lorenzo Herrera, for example, said that in the last two months, criminals had robbed him four times to strip him of his belongings, the latest being less than a week ago.

“They fell on me like four motorbikes when I was going down there (pointing to Nicolás de Ovando avenue) and it was the worst of the four assaults,” explained Herrera, who has lived for five decades in Cristo Rey, the first neighborhood intervened by the authorities; “to give security to the citizen.”

While Rafael del Castillo, from the same sector, affirmed that the Police do patrol, but “you see them pass by here and the criminals pass behind them doing their thing. We don’t have a single day of respite, even if the authorities say so.”

The same feeling was expressed by residents of La Fe and La Zurza. These were declared “safe” in 2021, next to the La Puya neighborhood of Arroyo Hondo.

Cruceta explained that they only had “a chin of peace” when two alleged criminals died after exchanges of fire with the Police.

Since its launch, it has spread outside the National District to Santiago, San Francisco de Macorís, La Romana, and Barahona.

Interior and Police announced that My Safe Country would go to the towns of the East in the next few days.

“My Safe Country” is an advertisers mantra to give an impression to the public the police are reducing crime. Suggest it is anything but safe. When people can walk the streets at any time without worry or concern about being assaulted then it can be said “My Safe Country”

Armed the citizen with guns, let the citizens have a carry permit in order to defend themselves from criminals. Nobody should have to live in fear from some punks in motorbikes”