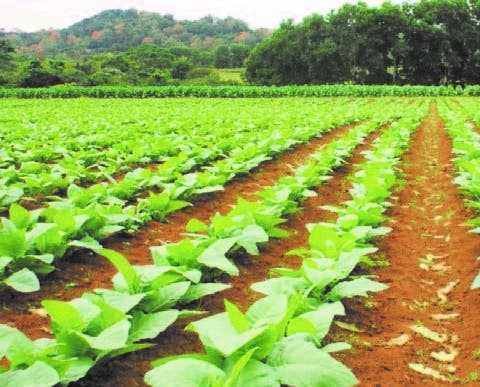 The tobacco industry in the Dominican Republic has important challenges to face in order to continue registering record figures, including increasing the production of tobacco with potential for layer in qualified areas in order to reduce imports of this type of tobacco.

In addition, achieve the massification of seedling production with tray technology to take advantage of the advantages provided by this method compared to the traditional seedbed.

Also produce new varieties of tobacco with the characteristics required by the industry, as well as preserve the purity of existing varieties.

Also, have the skilled labor and maintain the positioning in international markets to remain the main exporter of cigars in the world.

For the 2020-22 harvest, the figures for cultivated tasks are around 109,706, while the quintals produced are 205,962, according to figures from the Tobacco Institute of the Dominican Republic (Intabaco).

However, the increase in demand for Dominican cigars due to the growth of the European market cannot be fully supplied, because the cultivation of tobacco in the country is still dominated by smallholders, despite the fact that great efforts have been made to increase the number of large farms, highlights Hendrik Kelner, president of Procigar.

Kelner says that the situation causes the raw material (tobacco) for the production ofhandmade cigarettes and factory cigarettes to depend in part on exports from other producing countries.

In the case of labor, he argues that there is a shortage of tobacconists, although training schools have been made.

In order to face the challenges of the tobacco industry, the Government is working on different projects and programs, through Intabaco

Among them are the preparation of soil to producers for the planting of tobacco and rotation crops. Some 45,000 plots are prepared annually, benefiting more than 2,000 producers.

Also the production of tobacco seedlings through the system of trays, to be distributed to producers and tobacco companies.

In addition, a program of construction and repair of curing houses in all tobacco areas of the country, to ensure the quality of tobacco curing.

On the other hand, free intensive technical assistance is provided through the Technology Transfer program implemented by a select team of technicians specialized in tobacco cultivation.

The distribution of agricultural inputs for the control of pests and diseases that attack the crop with products approved for tobacco, with low toxicity, and the expansion of production for layer in various areas of the country with the purpose of reducing imports.

For the 2022-2023 tobacco harvest, an increase in the area to be sown is projected due to the incorporation of new producers and new production areas, mainly in the South and Northwest regions of the Dominican Republic.

In 2020, the value of cigar and tobacco exports reached 953 million dollars.

In 2021, the value of cigar and tobacco exports was 1,236 million dollars, for an increase of 30% compared to the previous year.

The future of cigar exports from the Dominican Republic is promising, since the country has a very good position in international markets and offers a product of excellent quality, which has allowed it to be the main exporter of cigars in the world.