Soldiers and police on the hunt for criminals! 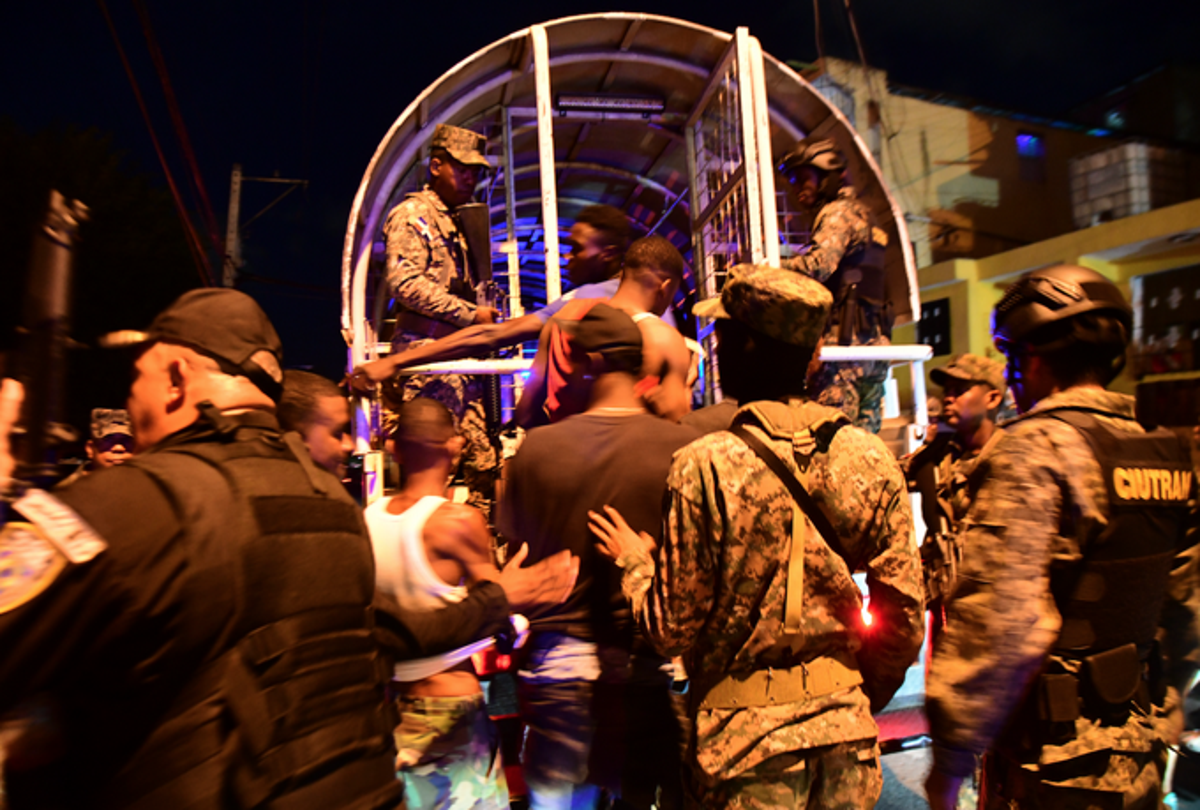 The police force was joined by more than a thousand soldiers of the Armed Forces, distributed in the neighborhoods of Greater Santo Domingo and provinces of the country’s interior.

Santo Domingo, DR
Complying with President Luis Abinader’s disposition to confront crime, the National Police and the Armed Forces started the joint operations “My Safe Country” yesterday afternoon to restore peace and tranquility to Dominicans.
The police force was joined by more than a thousand soldiers of the Armed Forces, distributed in the neighborhoods of Greater Santo Domingo and provinces of the country’s interior, where criminal acts occur at any time of the day or night.

“Forward soldiers, forward our policemen. This is a moment in which the Homeland depends on our services, because we warn those who disturb the public peace and who cause anxiety and unrest to our men and women in the neighborhoods, in the towns, in the provinces, on the street corners here in Greater Santo Domingo, that the Armed Forces and the National Police are here as we have always done, to protect our citizens,” said General Jorge Mancebo Bautista, Central Director of Prevention.

The operations were installed in strategic points, where they apprehended hundreds of people who were found carrying firearms, bladed weapons, consuming narcotics, in reyeltas, and other crimes that break the peace of the neighborhoods.

Each general, both from the Police and the Armed Forces, was assigned a zone to inspect.

Support for the operation
The people of the neighborhoods received the police officers with joy and applauded them, expressing: “Bravoooo! Glory to God that we finally have you here! You won a hundred! Count on us! Don’t leave us alone again!” among other exclamations.

After leading a meeting with the National Police Council, the president emphasized that the Government will not accept a mafia peace, where agreements are made to maintain tranquility and especially with what has to do with drug trafficking.

“This government is working and will continue to work so that there is true peace and tranquility based on respect for human rights but also on the firmness of our forces of law and order in bringing peace, tranquility and that our citizens can feel safe in the streets and in their homes,” said Abinader.

“I ask those who are acting in our neighborhoods, our sectors, bringing unrest, to give themselves up in a peaceful manner because if they do not (do so), we will look for them wherever they are,” added Abinader.

Increase in crime
Abinader’s request came days after the death of four members of the criminal gang known as “Los Menores” or “Chuky Malos” at the hands of members of the police.

According to official reports, the death of Miguel Angel Calderon “Bombo,” leader of the gang; Kelvin Santos de la Cruz, Yeral David Peralta, and another person still unknown occurred during an exchange of gunfire with members of the police.

Assaults in Mojarra
The residents of the Mojarra sector in the Guerra municipality complained about the frequent pressure they suffer from a gang of delinquents who have dedicated themselves to terrorizing the sector.

Everything closed at eight o’clock at night.
The residents denounced that they could not go out after 8:00 at night because the Pirulito gang robbed them of their belongings through multiple robberies.

She was stabbed
Yocelin de la Cruz, a resident of this sector, was one of the victims of the gang, who was stabbed several times in the chest after taking her belongings.

Declare a martial law and curfews! Impose yourself and break the bad guys economy. Forget individual freedoms and liberty. SAFETY is above democracy!!! Period!
We have given you an order (Abinader, PN and FFAA). Comply now!

not surprised by the lack of comments as this effects the “real counrty” not just were retired foreigners live…but with that said would love to see these problems on the north coast….i know know , but you can take advantage of another country you deem fit to invade and drive the cost of housing

This is s great move by abidaner and true test of his leadership to govern. Zero tolerance to baby criminals, drug traffickers, crooks, stickup kids” or whoever wants to bring hell to citizens” F u and your crew!!!😠😠😠