Abinader says he will achieve peace in neighborhoods at all costs 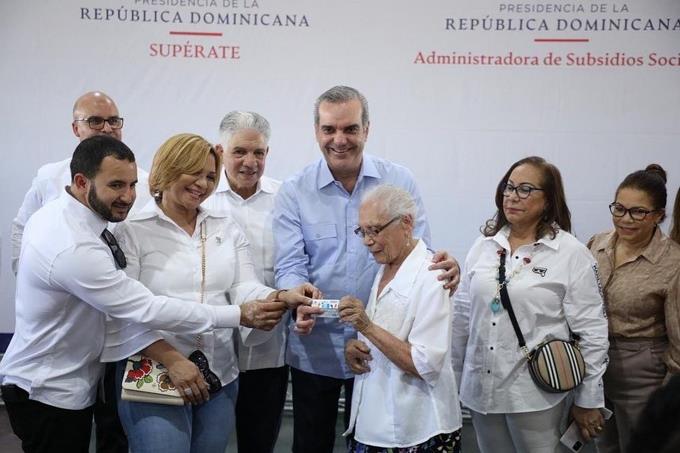 Santiago, DR
President Luis Abinader warned yesterday that the operations would not end until peace and tranquility are brought to the different neighborhoods of the country at whatever cost. Furthermore, the President said that, from the State, he would spare no effort to invest the necessary resources to lower the crime rate.

During a tour of the province of Santiago, Abinader said that they are continuing with the process of police reform. “We have dealt the hardest blows to drug trafficking that have ever been dealt and now we are going to confront micro-trafficking,” said the President when questioned about the measures recently implemented to confront criminal acts throughout the country. The President also highlighted the results of joint police and military operations. “I ask those who are acting in our neighborhoods, in our sectors causing unrest, to surrender in a peaceful manner, because if not, we will look for them wherever they are,” warned the President, after assuring that for this day they have all the necessary intelligence to act and return calm to all sectors of the country.

President Abinader spoke on the subject when he began his tour yesterday morning in Santiago, where he went to the Unión Médica del Norte clinic to inaugurate two new service towers, with which they seek to expand their response capacity. With an investment of 40 million dollars, the towers called E and F, which will be used for clinical and surgical services, have 13 and 6 levels, respectively, with 92 rooms and 82 consulting rooms and the existing capacity.

The project took seven years to complete, four years of planting, and three years of construction. During the tour, President Abinader delivered some 60 apartments in the Los Salados neighborhood of Santiago to an equal number of families who will be able to move with dignity to their own roof with papers and security. This is the first delivery of the project that will benefit more than 2,165 people and generate more than 1,300 direct jobs with an investment of RD$1,505 million. “Today, we begin the deliveries of the Mi Vivienda Plan in Santiago de los Caballeros. A project with 656 units, more than 7,000 m2 of green areas, basketball court, playgrounds, recreational and exercise areas, and parking for cars and motors,” he said.

Inauguration
Abinader reaffirmed that his government administration is committed to guaranteeing the right and establishing opportunities so that everyone can opt for the housing they dream of. In the presence of dozens of community members, President Abinader also inaugurated the reconstruction of Francia Avenue. This significant road connects with other streets and avenues of great vehicular flow and crosses the Monumental area. The investment exceeds RD$20 million and covers 1.6 km, from Circunvalación Sur Avenue to Las Carreras Avenue. The Minister of Public Works, Deligne Ascensión, emphasized that with this act and an additional investment of millions of dollars, 32 infrastructure projects will be delivered, including the asphalting of the neighborhoods of Nibaje, Monte Verde, Los Santos, Cecara, Pueblo Nuevo, some widenings and neighborhoods of Navarrete, among others. He also recalled that more than RD$10 billion are invested in all the infrastructure works in the Heart of the City.

Supervision
The head of State also supervised the delivery of 600 Supérate cards carried out by the Administradora de Subsidios Sociales (ADESS) in the Pekín neighborhood. With 1,650 pesos per month, more than 1,109 low-income families will benefit from the government’s investment in social assistance, which exceeds 2% of the GDP. “We are here with the hand of the government to help those who need it most; that is why I am the president not of a sector, but all Dominicans,” said Abinader. He also invited the neighborhood councils and social sectors to register those who need it most, including single mothers.

President Abinader traveled yesterday to Santiago, where he will spend the weekend and exhaust a three-day schedule to follow up on several government projects for social assistance, such as the delivery of apartments and property titles.

Also, to inaugurate works and start work on constructing other infrastructures. Adinader has traveled several times to this city.

AGENDA
Today
The President will visit at 10:00 am the Scientific and Technological Fair of the Polytechnic Institute La Esperanza, located in La Gallera in front of Estrella Sadhalá Avenue. In addition, he will lead a day of affiliation to the National Health Insurance (Senasa) at the Los Jazmines sports center in the Pekin neighborhood.

Tomorrow.
President Abinader’s activities scheduled for Sunday 5 will begin at 10:00 am with the delivery of 1,176 property titles in Hato del Yaque.