Mixed patrolling, a strategy that is repeated from time to time against crime 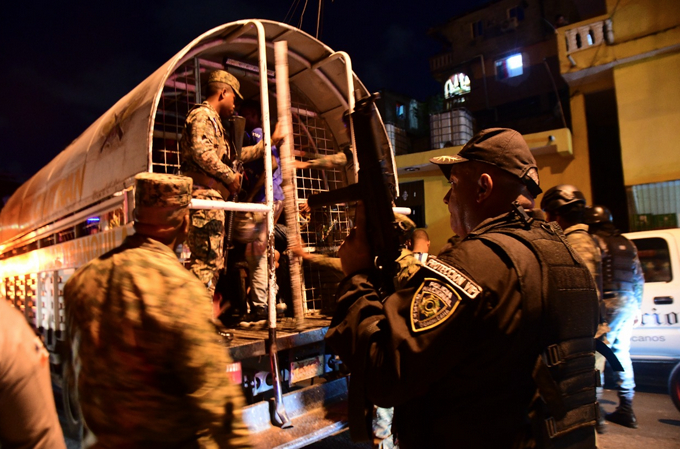 After numerous complaints of criminal acts in the country, the President of the Republic, Luis Abinader, decided to carry out a joint operation of the National Police and the Armed Forces to guarantee peace for the population.

Likewise, the President asked those who “bring uneasiness” to the citizenry to surrender to the authorities peacefully because, otherwise, they will be searched by law enforcement officials.

On Thursday, June 2, under the slogan “Forward soldiers, forward our policemen,” law enforcement officers took to the streets to enforce the “My safe country” operation.

However, this type of mixed patrolling is not a new measure. On the contrary, it has been a diligent practice by other Dominican rulers since at least 2004.

We recount what this strategy has been in the past:

Leonel Fernández
Less than a month after taking office as head of state for the second time, Leonel Fernández announced the patrolling of around five thousand soldiers and police officers seeking the same goal as the current authorities: stop a growing wave of crime.

Almost two years later, the former President applied the same policy again, but with three thousand soldiers. The same thing happened in 2007 when he sent 3,500 soldiers together with members of the police to guard the streets.

Likewise, in the middle of his third term, Fernández deployed hundreds of soldiers on the occasion of Christmas, repeating the same measure the following December, with 4,000 police and military personnel.

Danilo Medina
Leonel’s successor, Danilo Medina, was also not exempt from announcing these measures, the first time being on June 3, 2013, a decision made before completing his first year as President.

Similarly, these measures were resumed on February 11, 2014, with 2,800 soldiers supporting the National Police.

In addition, in July 2018, the robbery of two banking entities, the murder of a woman who worked in a jewelry store, as well as the confrontation between police officers and alleged criminals ended with the life of an officer and an alleged criminal were facts that motivated Medina to announce another mixed patrol.

In that instance, like Abinader last Thursday, Danilo admitted that a crime wave was sweeping the country.

“We will return to the streets, because it had dropped significantly, but there is again an outbreak of violence that must be faced decisively,” he said.

The most recent
During his announcement, Abinader acknowledged the increase in crime, stating that these have been adding up since the reopening of the economy during the Covid-19 pandemic.

“After situations such as the pandemic, which have forced a general confinement of the population, and then an opening after a year and a half of confinements and curfews, this has caused throughout the world, and in the Dominican Republic, a increase in assaults, robberies and criminal acts,” he said.

Meanwhile, on Friday of this week, the authorities indicated that each general, both from the National Police and the Armed Forces, was assigned an area that they must supervise.

They also asserted that the operations were installed at strategic points, where they arrested hundreds of people who were found carrying firearms, bladed weapons, consuming drugs, and other crimes.

Just this Friday, several violent events occurred in the country. Three men were shot in Santo Domingo Este, of whom two were killed, and one is recovering in a health center.

Fernando Santos Martínez and Víctor Sánchez Solano were the dead; and the wounded man identified as César Rodríguez.

A man died when he allegedly tried to rob a jewelry store on Independencia Avenue. In Santiago, the ironmonger José Enrique Morel was murdered. And on Las Américas Avenue, the fact that the Italian Lucas Garafolo died after being shot while driving his vehicle was recorded.

Of these events, President Luis Abinader said that only one is related to crime, but he did not specify which one.