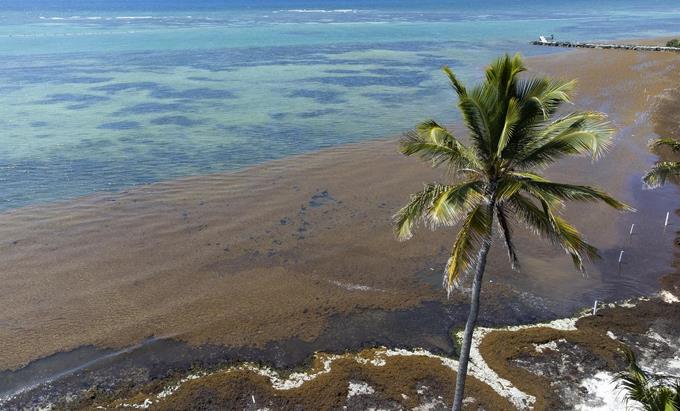 The phenomenon, which affects Caribbean beaches, especially in summer, occurs when tourism in the Dominican Republic is increasing considerably.

The Dominican Republic received 2.9 million tourists between January and May, which doubles the 1.4 million that came to the nation in the same period of the previous year.

A university in Boston in the United States has been working for several years to develop a system for the effective management of sargassum in the sea.

The action seeks to avoid further damage to the beaches and coasts that could be reflected in tourism, as published by the educational institution from its Mechanical Engineering department.

The mission is carried out by the Massachusetts Institute of Technology (MIT), Boston University number one in the world in engineering, located in Cambridge, Massachusetts,

Ulises Jáuregui, a doctor of technical sciences and coordinator of the doctorate in environmental sciences at INTEC University, assured that the integration of national and regional organizations could contribute to dealing with the problem of sargassum coasts, which he said is not only a problem of Dominican Republic.

“I think that to support and solve the problem there must be an integration of national and regional organizations, to face this problem,” he said.

Jáuregui said that with integrated management systems and facilitating research, it would be possible to see the efficient uses that could be given to the large volume of biomass from sargassum, which he considered to be “very useful and have various applications.”

A Haitian commando frees dozens of women from prison