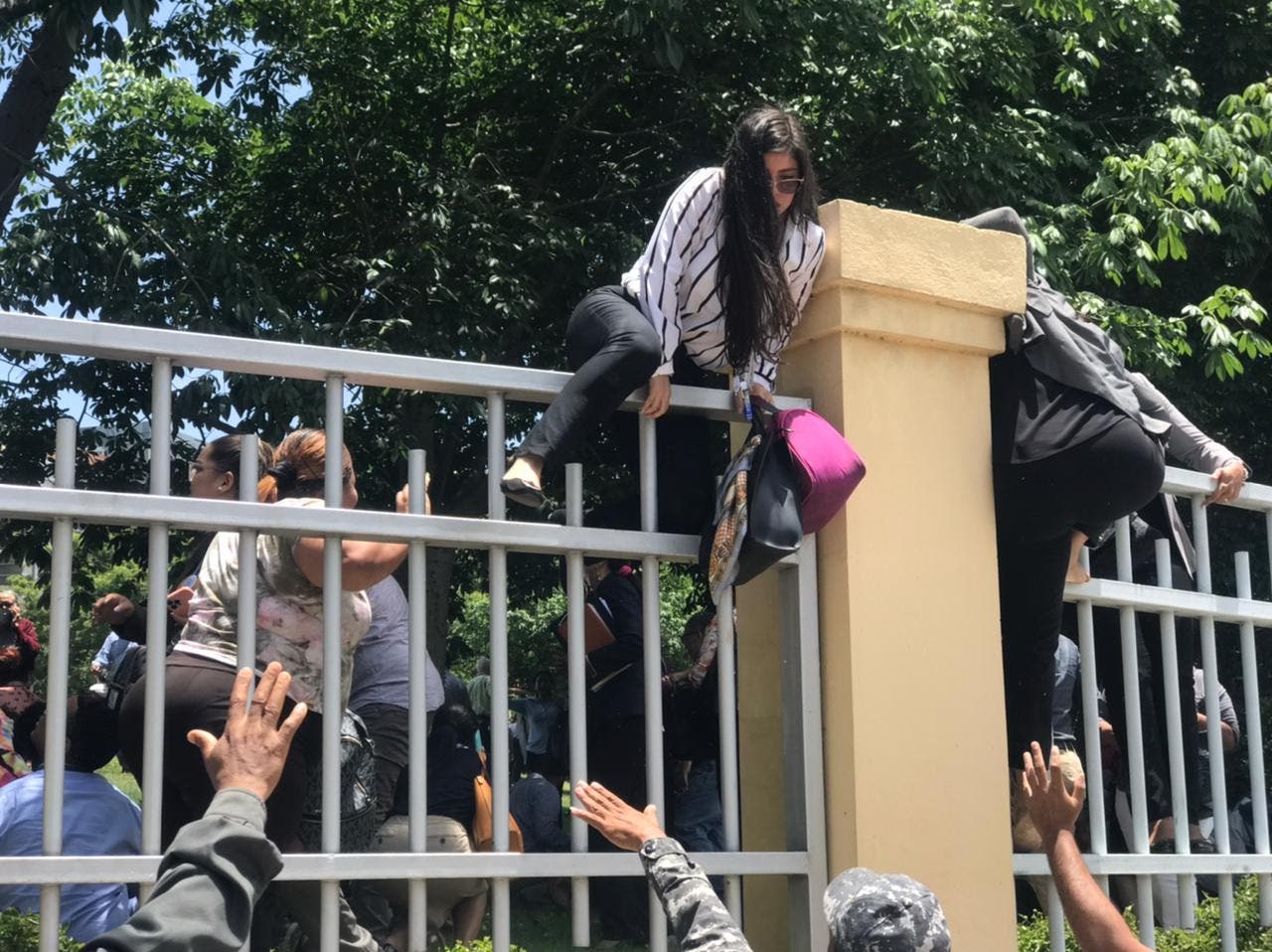 The Ministry of the Environment and Natural Resources headquarters is in an atmosphere of terror after the head of the institution, Orlando Jorge Mera, was shot and killed this Monday morning.

A SWAT team of the National Police entered the buildings where the Ministry of Tourism is also located. It is presumed that at least one of the attackers of the official of the ruling Modern Revolutionary Party is barricaded in the place.

An ambulance has also arrived. Shots were heard again.

The causes of the tragedy are still unknown.

Who was Orlando Jorge Mera, Minister of the Environment?

He is a devoted beekeeper, an activity that has represented a pillar in constructing his commitment to the environment and has motivated him to become a faithful defender of natural resources.

Partner at Jorge Mera & Villegas, he has a Master’s Degree in Business Administration (2013) from the Universidad Domínico Americana (UNICDA). He is currently a doctoral candidate in Law at the Universidad Externado de Colombia and PUCMM.

Inspired by the political-partisan history and public service of his family, he heard at an early age the call to serve, to mark a before and after in all positions and roles that he had to play, as is the case of the Minister of Environment designated by Decree 324-20.

He was the coordinator of various Standing Committees of the Senate of the Dominican Republic from 1998 to 2000. He was also coordinator of the National Commission for the Protection of Intellectual Property Rights, representing the country in various world scenarios in this field.

He chaired the Intellectual Property Negotiation Group of the Free Trade Agreement of the Americas (FTAA).

During the 2000-2004 constitutional government of President Hipólito Mejía, he was president of the Dominican Telecommunications Institute (INDOTEL), with the rank of Secretary of State, where he achieved the objective of raising the visibility of telecommunications in the country as a pillar of development with a future perspective.

Between 2003-2004, he was again a milestone when he was part of the Negotiating Commission of the DR-CAFTA Free Trade Agreement, which meant the integration of the Dominican Republic into this critical trade agreement, promoting the pillars of sustainable development and the social impact of these agreements, particularly in the most vulnerable sectors.

He was a founding member of the Partido Revolucionario Moderno (PRM), of which he was its acting president from 2015 to 2019. In March 2019, he assumed́ the position of political delegate before the Central Electoral Board.

Jorge Mera played stellar roles in the fight against corruption and the end of impunity, two of the essential pillars of the campaign that led the Modern Revolutionary Party to be a winner in the first round.