Faults cause intermittent blackouts on weekends 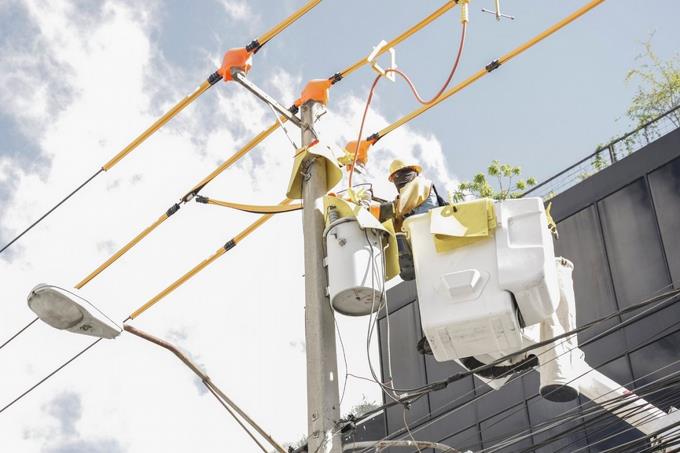 According to the National Interconnected Electric System (SENI) operates normally in most circuits, except for occasional breakdowns in some concession areas of the Edeeste and Edenorte distributors that caused blackouts over the weekend in residential areas; a spokesperson for EDES has already been normalizing.

In mid-afternoon, the Coordinating Body (OC-SENI) registered an actual synchronized availability of 3,483.34 megawatts, a supply never seen before, but due to the suffocating heat, it goes practically unnoticed.

On Friday, the circuit of the Villa Mella sector in Santo Domingo Norte, specifically circuit 4, located in El Edén, was affected. That same day, the Bello Campo sector also had a breakdown in the Edeeste concessionaire and Los Alcarrizos, belonging to Edesur, where there was a breakdown in a branch.

IN MID-AFTERNOON, the SENI presented a generation of more than 2,911 megawatts, and the amount of cold reserve exceeded the amount registered as power not served. Astacio assured that the system was exemplary and that the distributors were dispatching all the energy demanded.

During daylight hours, electricity generation is covered with light fuels such as natural gas, wind power, and coal. Yesterday, 43% generated natural gas, 24% wind, and 21% coal. 6% of the energy served came from hydroelectric plants.

The SENI operates with an “order of merit” list, which means that the electricity generators that produce energy at a cheaper cost are the ones that are dispatched first, and that is why natural gas, steam, and renewables are generally on top—followed by a combined cycle and fuel oil.

The latter are being dispatched at night because they generate at a higher cost and understand that the most expensive energy is the one that is not used.

Punta Catalina 1 was entered with 356 mg in the start-up process. Edesur had six circuits out and Edeeste 7, for a total of 13 circuits and 50.7 mg out due to faults that have already been resolved, according to OC/SENI data.

Yesterday, there were 2,655 mg of programmed power, 2,822 mg of synchronized power, and 2,631 mg of fueled power. In the cold reserve, there was 648 mg. There were no external circuits in any Edes, and the supplied demand was 100%. Therefore, the SENI provides enough power with 3,484 megawatts online.

Generation
The energy supply comes mainly from derivatives of fossil fuels because although there is significant progress in investment projects in renewable energy, the matrix is ​​still loaded with oil and coal.

Spokesman
Andrés Astacio explained that specific breakdowns occur in the system, and at this time, the system is supplied since the breakdowns were resolved on Sunday night.

He argued that there had been no system failures but rather specific reports in the network linked to structural issues, such as network typologies.

These faults are a result of the many years of the funds intended for maintenance and development of the electrical infrastructure being skimmed off by unscrupulous people to use for their own conveniences. It is only now there is some progress being made to correct the derelictions. The faults cannot be overhauled quickly due to the vast amount of neglect.