David Ortiz in farewell to Jorge Mera: “My people we are going to stop all this violence.” 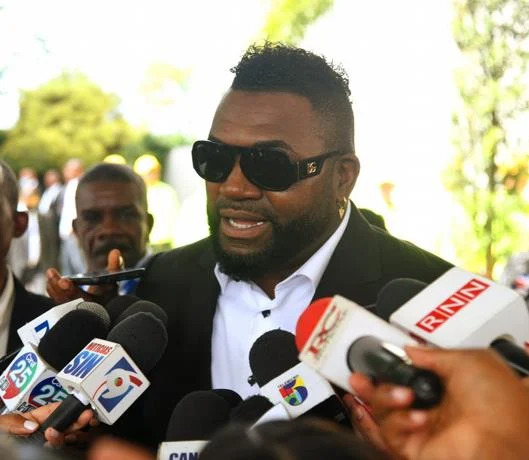 David Ortiz emphasized that it is of crucial importance that citizens become aware and understand that violence is not the solution.

The former Major League player, David Ortiz, went to the wake of the Minister of the Environment, Orlando Jorge Mera, to fire him and expressed that it is a fact that he never imagined, “very horrible” and called on the Dominican people to raise awareness about the violence.

“Gentlemen, Dominican people, we will start raising awareness about violence. Everything we see in the country is very shocking. Let’s put ourselves in the shoes of that family. A situation of this magnitude changes the framework of both families, both that of the matador and that of Don Orlando, and it is very horrible,” said Big Papi, a member of the Hall of Fame.

Ortíz emphasized that it is of crucial importance that citizens become aware and understand that violence is not the solution.

“We are losing many lives, many mothers, young people due to violence, and I feel that it is time that we begin to see this from a different point of view, not only for us but for everyone who comes out there, who is seeing all this and he understands that when he sees all this violence of this magnitude he cannot visit, so my people we are going to stop all this violence.”

The Minister of the Environment and Natural Resources of the Dominican Republic, Orlando Jorge Mera, died on Monday morning at 55 after being shot in his office.

According to the information handled by the Public Ministry, the attacker, Miguel Cruz, 56, went without prior registration of weapons and shot someone he had known for more than two decades.

Uhm you need to stay In Boston David … like am sorry we love you bro but just stay away for now …. Because you were Involved in a lot of shit we aren’t gonna talk about that’s exactly how the Dominicans feel Lml we’ll a lot do

The bloodiest democracy in the history of DR! 2,147 are shot every year since 2018. Democracy failed to protect the Dominican. How much unsolicited deaths will it take for you to see your form of government can’t protect you even from your neighboring country?