Inespre combos are disappearing in some supermarkets 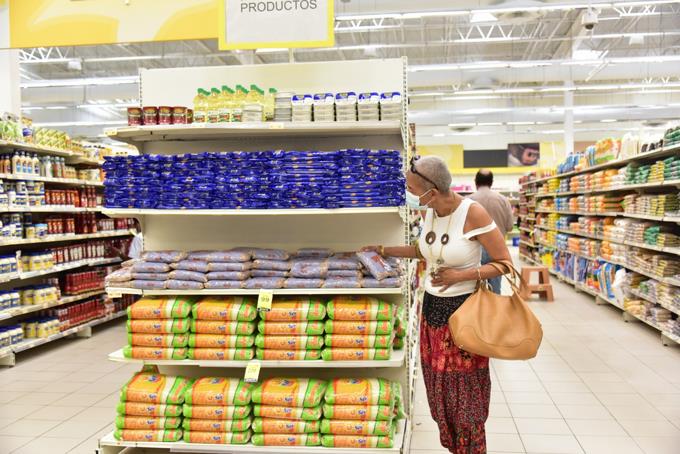 Santo Domingo, DR
Even though in the first days, the aisles of the supermarkets were crowded with people to acquire the products of the basic basket offered by the announcement of the “combos” of the Institute of Price Stabilization (Inespre), ordered by the government, in the leading chains, yesterday, Thursday, their absence could be appreciated.

In the supermarkets visited, in a tour carried out by a team of Listín Diario, a clear atmosphere and with scarce products of the combo was visualized.

In the case of the supermarket La Sirena, located on José Contreras Avenue, Zona Universitaria, despite having an area with dry products, they had no units of the combos. “Every Thursday, we have it available, but yesterday the information we received was that today it was not going to be assembled,” informed the manager, Julio Ciprian.

Ciprian indicated that they usually proceed to place the products in each corresponding area so that citizens can differentiate and identify the merchandise and its price.

At the same time, he commented that the sales of the products in the last weeks have decreased. “At the beginning, it was very good, but it has been going down,” he added.

Although when these sales were enabled, many people got up early and made long lines to stock up on the products, those consulted by this newspaper concluded that they did not buy or consume the service.

The Plaza Lama chain, located on Duarte Avenue, also did not keep or have for sale the products that are usually placed on its shelves on Thursdays.

However, in the case of La Sirena, located on Mella Avenue, in the National District, the combo was still on sale and even had the items separately in each aisle, offering the option of choosing the one of each buyer’s taste.

Another establishment that had the products, but was out of stock, was the Nacional supermarket on Máximo Gómez Avenue.

These are sold every Thursday for 12 weeks (three months) and are inside a plastic bag with a total price of RD$1,000.