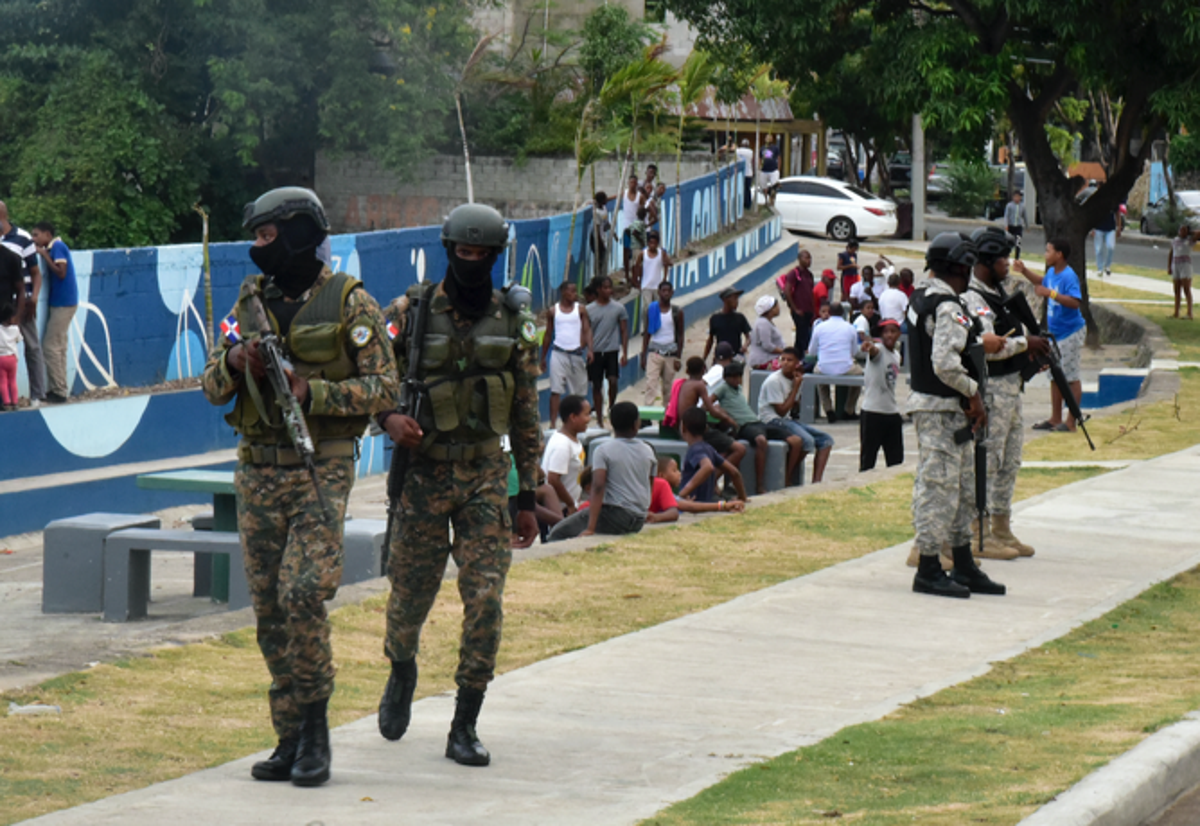 Hybrid patrolling between police and military.

“The first measure of the operation was to bring security to the streets and we have achieved it in a week,” said Commissioner José Vila del Castillo.

The hybrid patrol between police and military has already lasted a week. At the end of the first seven days, the high command revealed that crime in the Dominican Republic decreased by 25% during this period.

The data was revealed by the commissioner for police reform, José Vila del Castillo, who explained that for the same week in 2021, the country had registered 1,052 criminal acts and that in 2022 it dropped to 787.

According to Vila, this constitutes the consolidation of the first objectives of the government strategy that formally began last Thursday afternoon.

“The first measure of the operation was to bring security to the streets and we have achieved it in a week,” said the commissioner.

Likewise, the advisor indicated that, according to the surveys they handle, the population favors patrolling, and the feeling of security has increased.

He indicated that after achieving this first objective, they would move towards a second stage that will require a meeting of the participating authorities and President Luis Abinader to generate new joint work systems.

On his side, the director of the National Police, Major General Eduardo Alberto Then, explained that they had detained 24 known alleged criminals and another three with records.

It also reported that 34 pistols, a rifle, nine revolvers, and the same number of shotguns had been seized.

As for narcotic substances, he pointed out that marijuana, cocaine, and crack were seized.

Although several deaths of criminals have been reported during this week, the authorities did not specify the number of fatalities in the alleged exchanges of fire.

Meanwhile, the communications director of the presidency, Homero Figueroa, indicates that mixed patrolling is applied in response to the needs of each zone.

“The patrolling model, on this occasion, depends on intelligence information,” said Figueroa during a press conference of the high command to offer details on the progress of the government strategy to guarantee citizen security.

He explained that the heat maps that indicate the hours of the day or night with the highest incidence of criminal acts are also considered. Figueroa said that although “we all know that crime does not have schedules,” when a patrol is seen during daytime hours, it is because the intelligence data reveals that it is necessary to be vigilant.

He stressed that it is not the number of times police or military unit is seen that will determine the result of greater security.

“This time the distribution is an intelligent distribution that due to the concentration of police forces and joint forces in the places with the highest incidence of crime,” Figueroa stressed.

Last Thursday, the 2nd of this month, President Luis Abinader ordered the joint operation in search of guaranteeing peace amid an increase in crime.

After leading a meeting with the National Police Council, the president emphasized that the government will not accept a mafia peace, where agreements are made to maintain tranquility, especially with what has to do with drug trafficking.

“This government is working and will continue to work so that there is true peace and tranquility based on respect for human rights but also on the firmness of our law enforcement forces in bringing peace,” said Abinader.