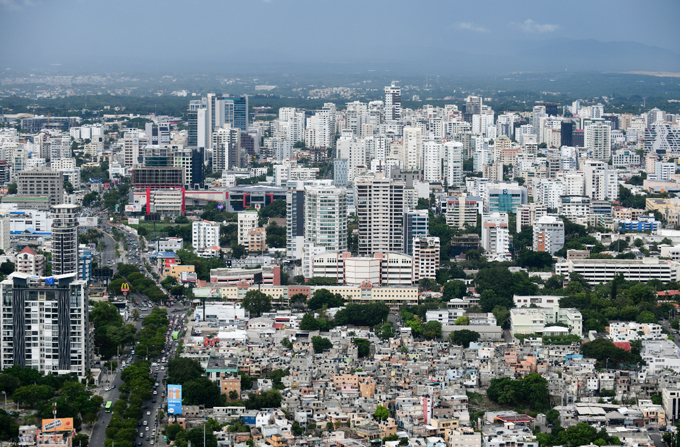 That the World Bank agrees with the Central Bank that the Dominican Republic will be one of the few countries in Latin America that will grow in its economy in the present and next year is a reason for tranquility for the country.

In its recent “World Economic Outlook,” the World Bank reduced its growth forecast to almost two dozen countries, but not so for the DR, which obtains 5.0% for this year and the next, far from 2 and more for other countries. of the region, dejected by the pandemic.

The Dominican economy reached a growth of 5.8% in January-April 2022, higher than its potential rate, the Central Bank of the Dominican Republic (BCRD) reported in its analysis. In April, it registered an increase of 4.7%? However, the World Bank warns that “s an aggravating factor of the damage caused by the COVID-19 pandemic, the Russian invasion of Ukraine has exacerbated the slowdown in the world economy, which is entering what could become a prolonged period of low growth and high inflation.

The danger of the economic situation that has prevented many countries from growing is that it increases the risk of stagflation (a period of high inflation combined with economic stagnation) “with potentially damaging consequences for both middle-income and low-income economies. ”

The forecasts fall some points for all countries in 2023.

BCRD Report
The Central Bank reports that the Dominican economy grew by 5.8% in January-April 2022, higher than its potential rate. In April, it registered a year-on-year increase of 4.7%. Growth in the first quarter of the year was 6.1%.

More than any other entity, the state institution has been regularly informing the country, especially after the pandemic, of the steps that the country is taking and the monthly indicator of economic activity with the acronym IMAE.

The International Monetary Fund (IMF) and the international risk rating agency MMoody’shave highlighted the excellent performance of the Dominican economy, reaffirming that the country’s prospects remain favorable. They project growth of the gross domestic product (GDP) to around 5.0%, in line with the forecast system of the BC. When analyzing the performance of the various sectors that affect the economy, the Central Bank establishes that hotels, bars, and restaurants are in the lead with 39.9%. In comparison, other service activities have 11.2% in the January-April period. Furthermore, it points out that the manufacturing of free zones had 8.2%, transport and storage 8.2%, communications 7.6%, public administration 7.5%, health 7.4%, commerce 7.1%, financial services 6.5%, construction 4.6%, among others.

The campaign carried out by the Ministry of Tourism, the promotion abroad, and the excellent management of the COVID-19 pandemic have contributed to the achievements that are indicated since, during the period, there has been an occupation rate of 70%.

Explains rate hike
The BCRD explains why central banks are raising their monetary policy rates, as they did recently by raising them from 5.50 to 6.50. The director of communications, Luis Martín Gómez, offers in a didactic way what is relative to the rates.

He says most central banks have price stability as their most important objective. To meet the goals, they use various instruments, the most important being the Monetary Policy Rate (MPR).

This rate, says the BCRD spokesman, provides a signal about the type of policy that the Central Bank is implementing and serves as a reference for the interest rates of the financial system and the capital market, a clear indication of the cost of money.

The official presenter of the BCRD wonders: “hen should a central bank raise or lower the monetary policy rates” and explains that such decisions are linked to the economic conditions at a given time.

It points out that if an economy is facing inflationary pressures and is experiencing high growth, central banks increase rates to encourage savings and thus avoid overheating economic activity, helping balance the demand for goods and services with national production capacity.

If the economy, says Luis Martín, is in low growth and without inflationary pressures, the institution reduces the MPR to promote the revitalization of consumption and investment through lower interest rates, encouraging economic agents to opt for increased financing.

What is happening now as the world faces an inflationary shock from rising oil prices and higher costs for many goods and RRussia’swar against Ukraine is that pressure is created to raise rates.

He cites that the United States increased its interest rate by 75 points, Canada by 125, and England by 90, to cite only three cases. The expectation is that they can grow more. Given this situation, the BC has preventively raised its monetary policy rate by 350 points, going from 3.00 in December 2021 to 6.50 points today.

This has been done to counteract domestic inflation, taking care not to cause an abrupt drop in economic activity and employment.

Making money more expensive to borrow. Now add the effect of inflation and you’ll see this economy is hammering the poor and rewarding the rich. The oligarchy is much stronger and they will bring in more foreigners to work in DR. Good luck!