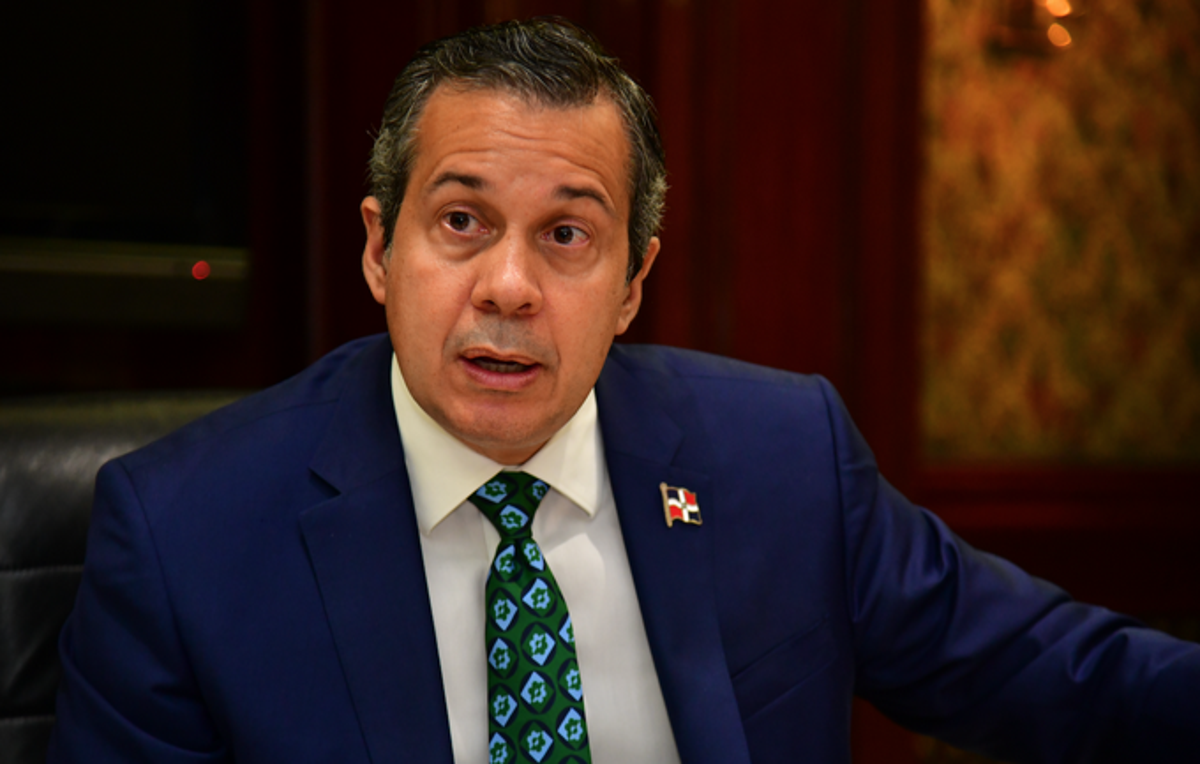 Santo Domingo, DR
The surprising death of the Minister of Environment and Natural Resources, Orlando Jorge Mera, was permeated for several days with hypotheses that tried to explain how and why, on Monday, June 6, at noon, in his office, 13 bullets were fired to take his life.

It was not until Wednesday afternoon when the doubts began to dissipate when the document of coercive measure prepared by the Public Prosecutor’s Office was presented, which gathered its preliminary investigation of the case and were some ideas of the context in which Fausto Miguel de Jesús Cruz de la Mota took the life of his childhood friend are given.

These are six keys to understanding the case:
First, Jorge Mera and Miguel Cruz were childhood friends.
The arrival and entry of an armed person to the personal office of the highest executive of a public institution is one of the points of greatest discussion that has raised the dejection of the minister, but that makes a little more sense when it is explained that Jorge Mera and Miguel Cruz grew up together and were close friends.

“Miguel is my friend, Miguel is my brother, he is my brother, why security?” were the words the minister addressed to two of his employees and a member of his security corps before disappearing through his office doors without knowing that he would perish there.

Environmental permits
The denial of a permit for transporting 5,000 tons of used batteries for the company Aurum Gavia, SA, is what the accusing organism points out as one of the reasons why the killer had arrived with high levels of violence at the installations of the Ministry of the Environment.

In an aggressive manner and under the proclamation: “I campaigned, and they didn’t resolve my case,” Cruz arrived at the entity with documents that read about the Swiss company that, by what its website evidence, is dedicated to the rental of “recycling services for export and import, purchase and sale of all types of metal waste, aluminum, copper, lead, bronze, materials and electronic equipment for recycling and restoration of the Environment and Ecology,” which today is also under investigation by the MP.

“The evidence shows that the accused had been trying to be granted multiple permits, but he angrily complained that nothing was resolved and even this situation caused him to threaten the legal consultant of the ministry, Edilio Segundo Florián Santana, less than a month ago,” the document filed in court states.

Six shots defined two destinies.
The initial accusation presented by the MP indicates that the accused fired six shots at the victim ended his life, and directed his own destiny towards the beginning of a lengthy judicial process.

Six bullet shots that resulted in distance and contact wounds in the body of the lawyer and politician, “which evidences that he was not satisfied with shooting him from a distance, but that he then fired contact shots at the mortally wounded body,” affirms the organism that, in addition, marks the person responsible for the facts as a “cold and calculating murderer.”

Escape route
Judging by what was stated by the District Attorney’s Office of the National District, everything seems to indicate that the death of Orlando Jorge Mera had already been scheduled in the calendar of his “friend” Miguel de Jesus for the morning of that Monday, who after committing the atrocious crime and being prevented from leaving the building in his vehicle, proceeded to take a desperate escape route and to pass through the main door of the building took a motorcycle that led him to the Catholic temple Jesus Christ the High and Eternal Priest.

In addition, another of the magazines contained 11 9 mm caliber capsules, and several communications referred to the Aurum Gavia, SN company file.

Apostolic refuge
Not being able to board his vehicle and with the murder weapon in hand, Miguel Cruz’s steps led him to the parish of Jesus Christ Supreme and Eternal Priest, located on San Pío X street, in Urbanización Renacimiento, where he had contact with the priest José Arismendy León Helena.

León Helena called a parishioner who had connections in the National Police and served as a mediator for the delivery of the killer to the Director-General of Prosecution, Yeni Berenice Reynoso, as well as to Major General Eduardo Alberto Then and General Amauri Van Troi Tejada Cruz, directors of the National Police and the Central Investigation Directorate (Dicrim) (now removed from office).

Before the justice system
On Saturday morning, Judge Rigoberto Sena Ferreras of the Permanent Attention Court of the National District dictated one year of preventive detention as a coercive measure against Fausto Miguel Cruz de la Mota.

Prosecutors will continue investigating the case while Cruz is in prison in Najayo.

This is such a tragic and chilling story. However I wonder about the issue of 5000 used batteries. Were they to be sent from the Dominican Republic ?