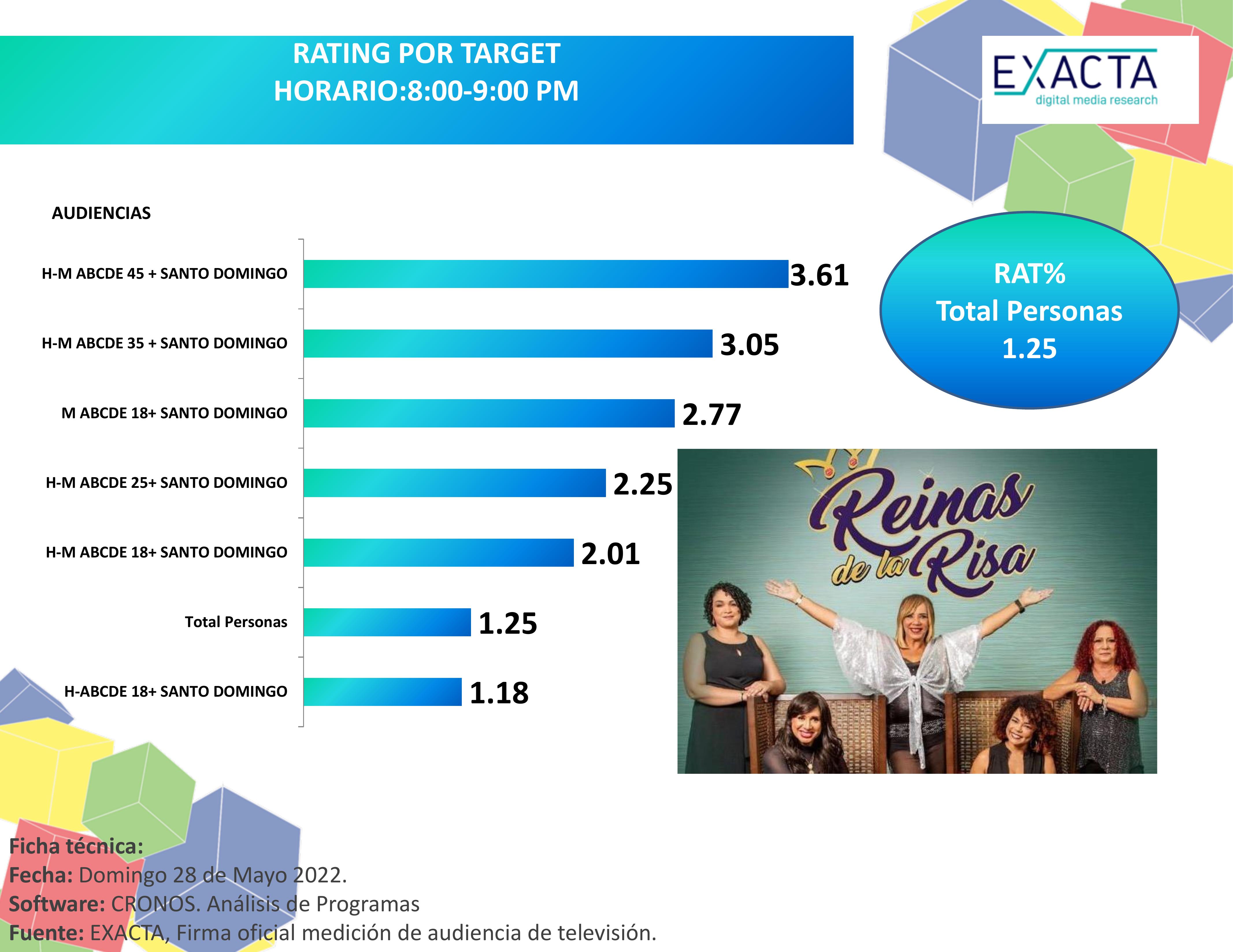 “We are thrilled that Reinas de la Risa was received so well, and we are grateful to our Dominican audience,” said Kiki Melendez, owner of Latin Hollywood Films and the creator/producer of the comedy special. “Our goal is always to celebrate women and give them a platform to showcase their talent, and these ratings prove that people enjoy this entertainment genre.“

“We celebrate the success obtained with Reinas de la Risa; the ratings achieved are excellent for that time slot where it was competing with other channels who have established programming,” said Minerva Baez, director of sales for ColorVision.

The recording took place at the Barcelo Bavaro Grand Resort in Punta Cana. It featured an impressive cast of stand-up comedy, including Jacqueline Estrella, Zulema Cruz, Cheddy Garcia, and creator Kiki Melendez. The program also introduced Jini Luciano, a new talent who won the star search to participate in Reinas de La Risa from the Santo Domingo Comedy Club. Actor Anderson Mercedes served as host, and the special was co-directed by Monchi Herrera.

The airing of this special was historic, considering women do not have many opportunities to be the focus in the world of comedy that men mainly dominate.

Reinas De La Risa is one of 5 projects shot in the Dominican Republic by Latin Hollywood Films this year. Two comedy specials, “Broads Abroad,” a comedy-travel show hybrid featuring top comedians from America’s Got Talent, and “Black Girl Magic,” featuring the top five African-American female comedians of the moment, are scheduled to air in North America in the fall under the distribution of Maverick Entertainment.