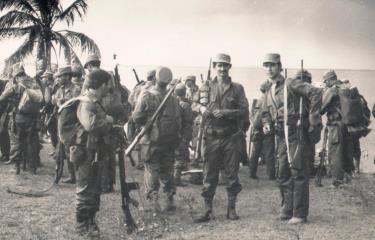 Santo Domingo.- This Tuesday the 63rd anniversary of the patriotic deed of June 14, 1959, the expedition of Constanza, Maimón and Estero Hondo, will be commemorated with various acts, with the aim of remembering and honoring the memory of the expeditionaries who participated in it.

In this sense, the Permanent Commission of National Ephemeris will carry out several commemorative activities, which begin at 9:00 a.m., at the Monument to the Heroes of Constanza, Maimón and Estero Hondo, in the Center of the Heroes, where the hoisting will take place. of the flags of the Dominican Republic, Cuba, Venezuela and Guatemala.

They will also be raising the flags of Puerto Rico, Spain, the United States and Spain; and the music band of the National Army will perform the National Anthem. This is because in addition to Dominicans, citizens of those countries participated in the expedition.

Similarly, after this, floral offerings will be deposited by representatives of public and private institutions, which will be made to the sound of trumpets.