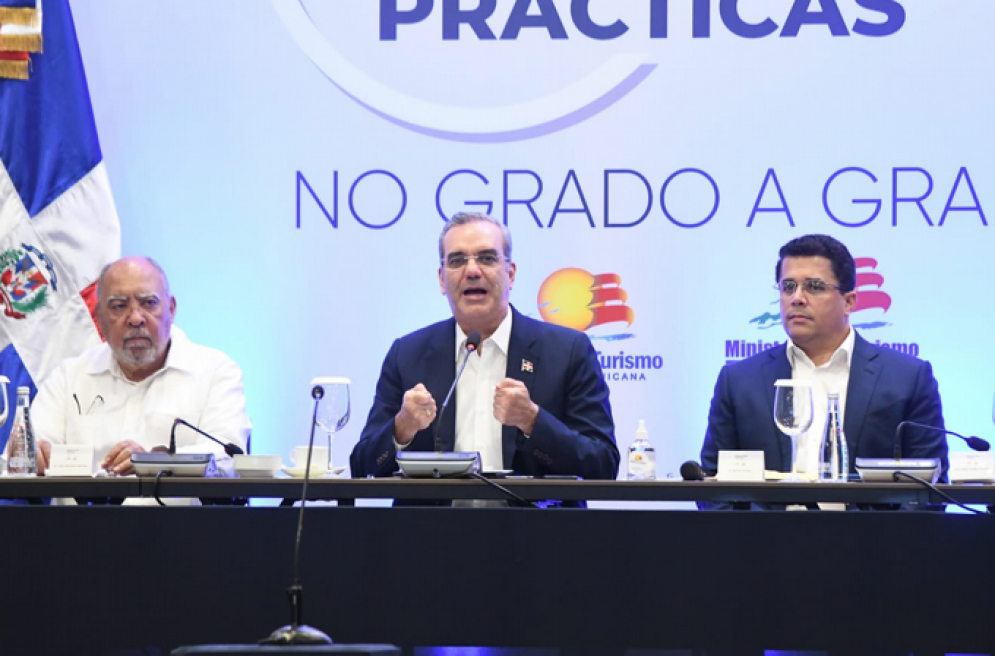 Santo Domingo, DR
Heading yesterday the presentation of the “Observatory of Good Practices” together with Tourism Minister David Collado, President Luis Abinader focused his speech on the need to “be transparent and honest” because this new project is aimed at complying with Law number 340-06 on Purchases and Contracting of Goods, Services and Works.

Although he did not refer to any institution, the insistence on these two characteristics was the main theme of his speech. Moreover, he pronounced them right in the middle of a scandal of alleged irregularities involving the General Directorate of Strategic and Special Projects of the Presidency of the Republic (Propeep) headed by Minister Jose Leonel Cabrera Abud (Neney).

The entity tendered specific paint units and received others with a lower economic value. These were used in the “Pinta tu Barrio” program in December last year and invested some 155 million pesos.

Abinader expressed that the country still needs to develop a culture of transparency and honesty in the procurement processes of public entities.

“We need in this country a culture of transparency and honesty. I have to recognize that we are in a time of transition to a government that we want to do the right things but we are not all going at the same speed,” said the governor.

In addition, he indicated that he intends that “everyone walks at the same time without competing” in terms of transparency and highlighted that they have advanced “too much” in this matter; however, he considers that they must “advance more.”

Good Practices
The Minister of Tourism, David Collado, announced yesterday the creation of an “Observatory of Good Practices” for the bidding processes of the works to be developed by the Executing Committee of Tourist Infrastructures (CEIZTUR) to guarantee compliance with Law no. 340-06 on Purchases and Contracting of Goods, Services and Works.

The first step on the road to transparency is Public Consultation. Senor Collado could start with the beach project in Guayacanes where MITUR is spending $111 million pesos. Not one member of the public has been consulted. The beach workers whose livelihood depends on the beach business have been ignored. Letters sent to the Minister requesting an information meeting with the beach captains have also been ignored. It is disrespectful . “People are your most important resource” . The workers at the beaches know more about that area than anyone !