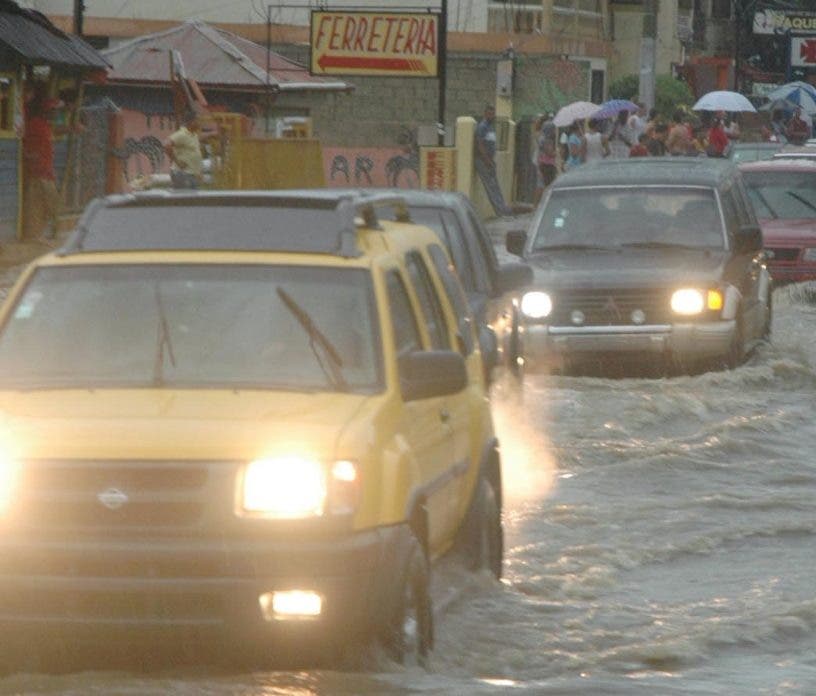 The Emergency Operations Center (COE) placed seven provinces on Wednesday under a green alert for possible flooding of rivers, streams, and ravines, as well as sudden or urban flooding, because the east/southeast wind is bringing moisture along with a trough that will generate downpours.

The National Meteorological Office forecasts that a trough will affect today the occurrence of locally moderate to strong downpours, electrical storms, and gusts of wind over different provinces of the north, northeast, southeast, southwest, Central Mountain range, and the border area.

It indicates that these precipitations will extend towards other sectors of our territory in the afternoon.

It also observes a disorganized zone of downpours and electrical storms associated with low pressure that was near the coasts of Nicaragua and Honduras last night, with a  30% chance of becoming a tropical cyclone in the next two days but it is not yet dangerous. for the Dominican Republic.

He adds that temperatures will remain high in much of the Dominican Republic.

There will be downpours, thunderstorms, and wind in the Santo Domingo province and the National District.