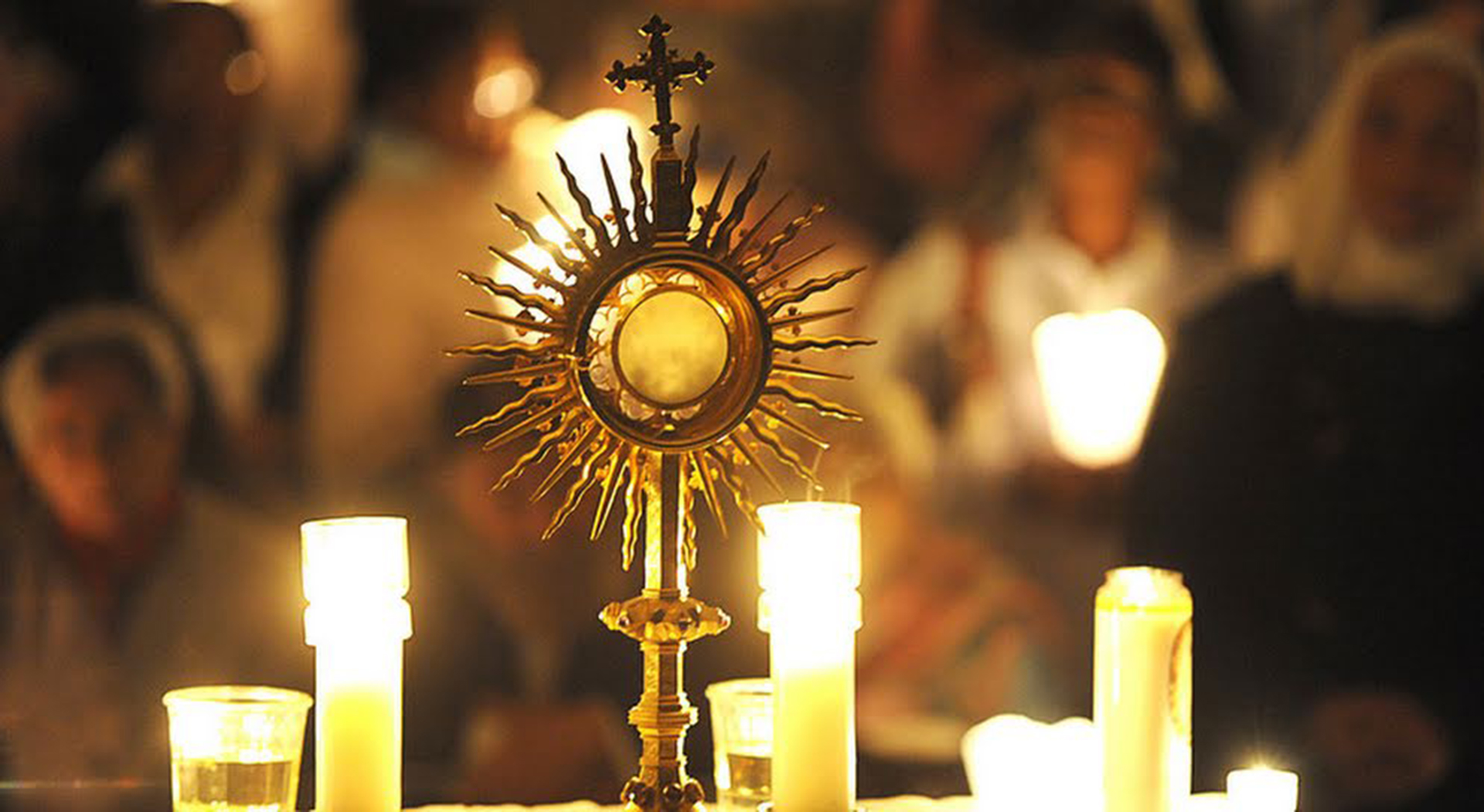 Santo Domingo – Catholics celebrate today Corpus Christi Day, also known as the Solemnity of the Body and Blood of Christ. Formerly called Corpus Domini (Body of the Lord), it is a feast of the Catholic Church to celebrate the Eucharist.

Its primary purpose is to proclaim and increase the faith of Catholics in the real presence of Jesus Christ in the Blessed Sacrament, publicly giving him the cult of adoration (latria).

This day commemorates the institution of the Eucharist that took place on Holy Thursday during the Last Supper when Jesus turned the bread and wine into his Body and Blood.

Specifically, Corpus Christi is the Thursday following the ninth Sunday after the first full spring moon in the northern hemisphere. In some countries, this holiday has been moved to the following Sunday to accommodate the work calendar.

The feast arose in the Middle Ages when in 1208, the nun Juliana de Cornillon promoted the idea of celebrating a feast in honor of the body and blood of Christ present in the Eucharist. Thus, it was observed for the first time in 1246 in the Diocese of Liège (Belgium).

In the year 1263, while a priest was celebrating Mass in the church of the town of Bolsena (Italy), blood gushed out when he broke the consecrated host.[1] This miraculous event, widely spread and celebrated, gave a definitive impulse to the establishment of Corpus Christi as a liturgical feast. It was instituted on September 8, 1264, by Pope Urban IV through the bull Transiturus hoc Mundo. St. Thomas Aquinas was commissioned to spread it with his work Office and Mass of Corpus Christi, in addition to composing Eucharistic hymns for the feast, such as the Pange Lingua.

In the Council of Vienne of 1311, Clement V gave the norms to regulate the processional procession inside the temples and will even indicate the place to be occupied by the authorities who wanted to join the parade.

In 1316, John XXII introduced the Octave with an exposition of the Blessed Sacrament. But the great accolade was given by Pope Nicholas V when on the feast of Corpus Christi in the year 1447, he left in procession with the Holy Host through the streets of Rome.

In many places, it is a feast of particular relevance. For example, in Spain, there is a popular saying: There are three Thursdays in the year that shine brighter than the sun: Holy Thursday, Corpus Christi, and Ascension Day, which gives an idea of how deeply rooted this feast is.

Corpus Christi celebrations usually include a procession in which the Body of Christ is displayed in a monstrance.