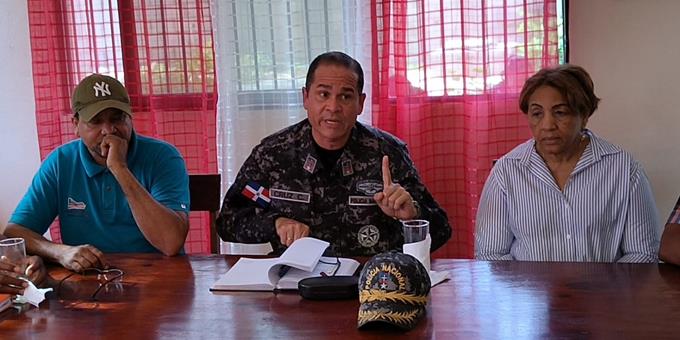 Neyba, Bahoruco
Increases in robberies, muggings, and rapes in recent weeks have frightened the inhabitants of the municipalities of this province, who complain about the inability of the National Police here to deal with criminals.

The prosecutor of the Judicial District, Esteban Jonathan Cuevas, attributed the rise in crime to the lack of police strategy against criminality.

He said that the criminals who commit misdeeds, especially in the municipality of Los Rios, have arrest warrants and belong to gangs that dispute drug points. “It is already an organized group that is robbing the citizenry and without police response. The question we would ask ourselves is how being Coni wanted by the Police is the one who leaves the pasola abandoned and is not arrested?” said the representative of the public ministry. Coni is being pursued for allegedly having robbed a Haitian to take 40,000 pesos from him and for having assaulted and killed a woman from neighboring Haiti.

“There are the warrants and everything individualized, but there is no response from the Police,” indicated magistrate Cuevas.

The director of the Southern Region of the National Police, General Andres Cruz Cruz, and the governor of Bahoruco, Juana Cristina Mateo, headed a meeting with mayors and officials in this municipality, where the high official promised to take action to combat criminal acts.

Another meeting
The parties agreed to a new meeting next Thursday when General Cruz will announce the actions aimed at counteracting robberies, muggings, and other crimes.

At the meeting, the Executive Branch representative reported a series of criminal acts, especially in the municipality of Tamayo, as did the person in charge of the Alcoholic Beverage Control Program (COBA), Héctor Caamaño.

They assured that they have information about the supposed relations of agents of the National Drug Control Directorate (DNCD) with the drug points and that criminals being prosecuted in other parts of the country are hiding in the province.

The biggest criminals are the military and police. They killed a Haitian, chopped him to pieces, and burned the evidence. They forgot the witnesses. The people have decided to take law into their own hands. The military do it, why can’t we!!?