Orlando Jorge’s murderer warned that he is inventing “fables.” 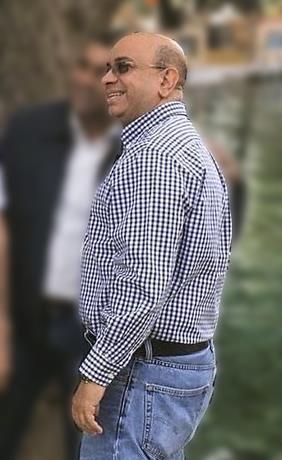 Santo Domingo, DR
The lawyer representing the relatives of the murdered Minister of Environment, Orlando Jorge Mera, warned that the confessed murderer Miguel Cruz de la Mota would start his fable as all the accused to justify reprehensible conduct in all senses.

Dr. Miguel Valerio, who became a civil actor against Cruz de la Mota, said he hoped that the media would be very cautious with the fable that could be produced around the murder of the Minister of the Environment.

Likewise, the jurist refused to give his opinion on the accused’s proposal and asked the Prosecutor’s Office of the National District to allow him an interview with different media to give his version of the facts.

Valerio said that on this issue, he has no opinion since the point to be discussed is the murder of the official and that in all processes, the accused have the right to express their views.

“Technically speaking, it does not proceed because the proposal of investigation diligence is to testify before judges and prosecutors, not before the press since the investigation is secret,” emphasized the jurist.

Valerio affirmed that last Saturday, the day the coercive measure was announced and Cruz de la Mota was sent to the Najayo prison, he had an opportunity before the judge to give his version of the facts, and he did not do it.

Cruz de la Mota, in a request sent to the prosecutor of the National District, Rosalba Ramos, through his lawyers Manuel Sierra Pérez and Ybo René Sánchez, asks that the interview be carried out in the cell where he is imprisoned with the journalists Julissa Céspedes and Alicia Ortega, the Z-101, El Sol de la Mañana, without this being limited to the other media.

Cruz de la Mota was arrested for the death of his childhood friend, Orlando Jorge Mera, on June 6 at the Ministry of the Environment offices.

According to the file of the accusing body, Fausto Miguel Cruz, nicknamed “Carandai,” planned the murder of the Minister because the latter was opposed to granting him permits to export 5,000 tons of used batteries.