US tourist dies while on out-island excursion 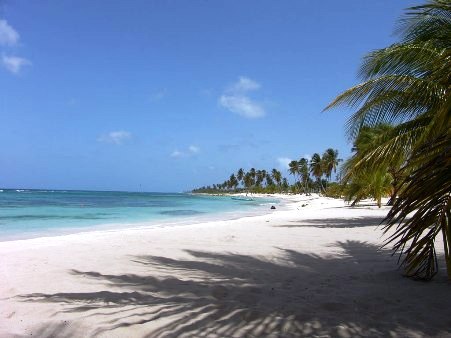 Santo Domingo.- An American tourist who was enjoying an excursion in the natural pool of Saona Island, La Altagracia province, died this Thursday.

According to the police report, they were informed that they were bringing an American tourist who was in poor health on a boat from the natural pool of Isla Saona.

According to the forensic doctor, the foreigner died due to acute myocardial infarction.

It said the American tourist Miriam Rodríguez, 69, arrived in the country on June 11 and had planned to return to her country on the 18th of the month.

BS. Everyone who dies in this country seems to be in “poor health”.

All you have to do is look at facebook posts of vacationers and you will see that many are a heart attack just waiting to happen.

Go and check up mexicos deaths of US tourists a years, you will see lots of them shot and killed by cartels, did you know that we recieve 6 millions tourists and only by propabilities some one must die out of 6 millions, so go somewhere else blaming DR for your poor bad health that everybody knows americans have the worst health of all first world countries

“poor health” is a phrase used as a defense by service providers explained by them to the media to deter the possibility of lawsuits.

From the day we are born to the day we die we are in some form of “poor health”, just a matter of scope.